There isn't anything that people would not try, if there has been news about it working efficaciously―yes, we are talking about the different ways that promise guaranteed weight loss. Liquid diets have earned quite a reputation in this respect. This NutriNeat article discusses the different types of liquid diets for weight loss, and more. 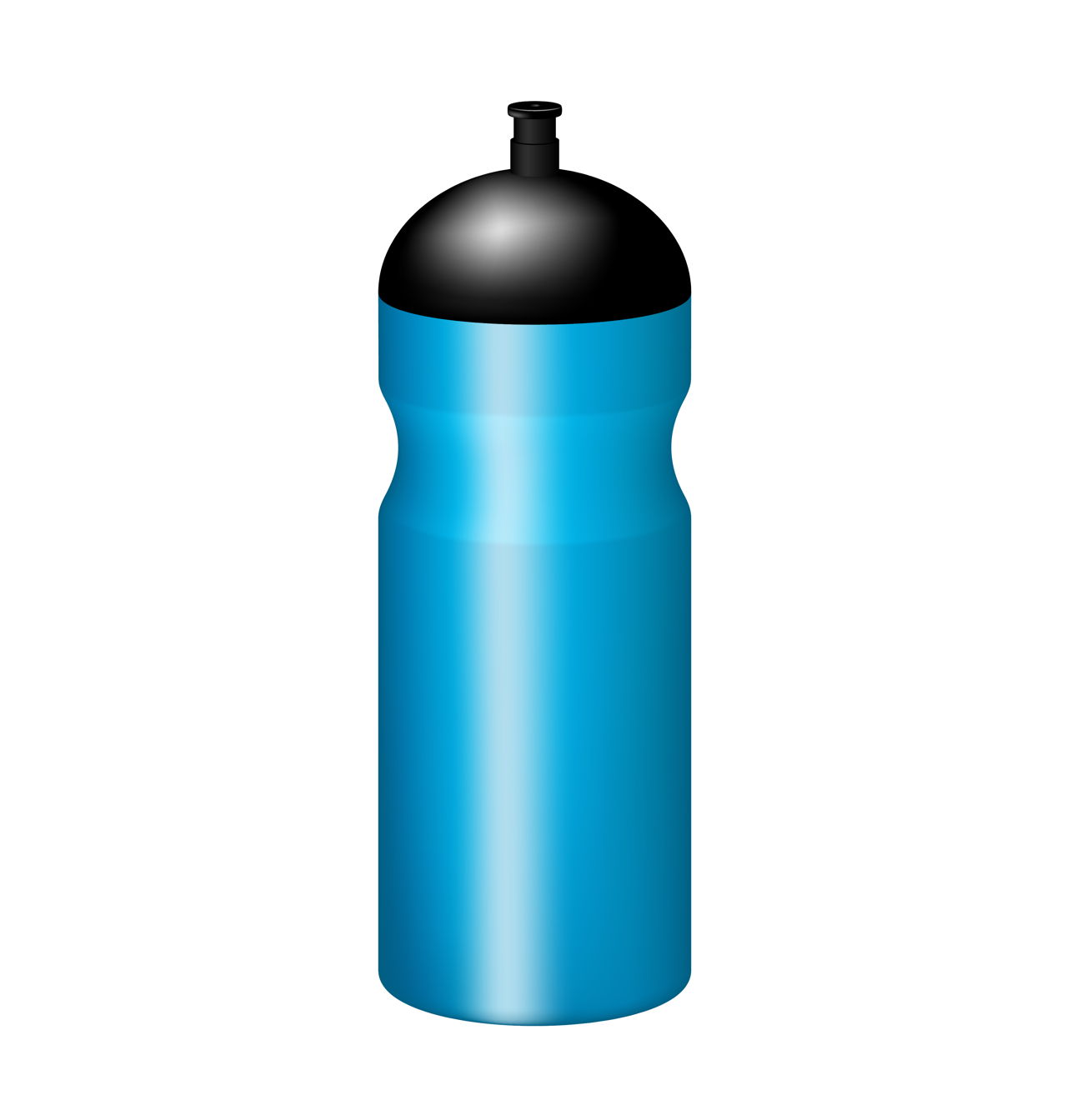 There isn’t anything that people would not try, if there has been news about it working efficaciously―yes, we are talking about the different ways that promise guaranteed weight loss. Liquid diets have earned quite a reputation in this respect. This NutriNeat article discusses the different types of liquid diets for weight loss, and more.

Celebs who have been there and done that!

Whether they go right or wrong, celebs tend to become our ideals when it comes to getting that perfect body that seems like a dream to many. From gym to yoga to aerobics to dieting, we tend to knock at every door that seems to have the board saying, “Knock that weight away,” but, is the call always answered? And even if it is, is the answer satisfactory?

Liquid diets were once the “in thing”, before they succumbed to bad press in the 70s. The reason? Well, these very low calorie diets (VLCDs) did cause many deaths back in the days, as they contained poor-quality protein and lacked adequate amounts of vitamins and minerals. Basically, the diet made people starve! However, now that we see a boom in the trend yet again, does that mean the ingredients in today’s liquid diets have become healthier, or have we become immune to their ill effects? None of the two really!

While the VLCDs in the 70s did cause more harm than good, today, opting for liquid diets has become comparatively safer, if not completely healthier. The commercial liquid diets available in the market claim to be loaded with the necessary nutrition needed to prevent starvation, or any sort of undernourishment. With people becoming busier and ‘wider’ by the day, mostly due to the readily available junk food outlets and prolonged desk jobs, they are looking for quicker and easier ways to shed all that bulge away. Liquid diets serve the purpose quite well, as they are easy to make. In fact, the commercial ones come in packets that only need an addition of hot water or juice, and are also “certified” as healthy.

There are different diets that are designed based upon the different weight-loss requirements. From lemonade to fruit juices to fruits-and-vegetables smoothies to clear liquids to protein shakes to dairy, one can opt for any of the varied versions as per their needs. Generally, only those who are obese, with a BMI of 30 or more, are recommended to opt for this form of dieting, that too under the supervision of a trusted physician. However, with the media being full of the sure-unsure methods to end weight-gain problems, it isn’t uncommon for enthusiasts to jump into the pool without second thoughts.

Hollywood has always been ‘the’ source of all that is considered to be ‘fad’. The world goes like, “If they did that, why shouldn’t we!” We all marvel over their flawless bodies with our jaws reaching the ground, and if these diets claim to make us look like that, why think twice? Yes, we are giving you a list of some popular celebrity diets that helped them drop some serious pounds, but we ain’t saying they are free from side effects. In fact, they all have side effects. So, proceed with caution.

Invented in 1941 by Stanley Burroughs, it was none other than our very dear Beyonce Knowles who brought this diet back into the limelight when she used it to shed 20 pounds for the movie, “Dreamgirls.” The Master Cleanse is a 10-day diet that includes drinking at least 6-10 glasses of a concoction that consists of water, lemon juice, maple syrup, and cayenne pepper. In addition to that, the diet also includes consumption of one glass of salt water in the morning, and a laxative tea at night. Lemon juice detoxifies, cayenne pepper increases metabolism, and maple syrup not only adds flavor to the drink, but also provides energy. Alternately, this diet is also called the Lemonade Diet or the Maple Syrup Diet.

Also famously known as the 21 Pounds in 21 Days diet, it was created by a registered nurse, naturopathic doctor, and founder and director of “The Martha’s Vineyard Holistic Retreat,” Roni DeLuz. This diet restricts its followers to consume only organic fruits and vegetables in the form of liquid, supplemented with loads of water and herbal tea. Additionally, followers also need to use colonics and enemas, and consume supplements that have a laxative effect. Basically chewing and working out is restricted so that the body can rest. The liquid diet gives a boost to the body to reduce weight, and the cells begin to rebuild after the program has been completed. Supposedly, Angelina Jolie had used this diet to lose weight for one of her movies.

Founded by David Kirsch―a popular name in the fitness and wellness world―the 48 Hour Super Charged Cleanse is this two-day diet where all that is consumed is David’s specially crafted all-natural juice cleanse. This formula not only claims to give a great kick start when it comes to weight loss, but also helps cleanse the colon, liver, and kidneys. The formula needs to be consumed four times a day, along with water, herbal teas, and David’s appetite suppressant drink, along with a special vitamin mineral powder that can be mixed with water to keep the nutrition level in check. Anne Hathaway supposedly follows this diet before attending the red-carpet events, looking her gorgeous self.

Founded by Tim Martin in 2006, the iZo Cleanse claims to be the “highest quality and most trusted juice cleanse on the market,” as stated on its official website. The program consists of fresh fruits and vegetable juices, almond milk, and teas. There are also powders and pills that need to be mixed with water and/or juices and consumed. Apart from weight loss, this diet claims to also increase the energy levels, improve sleep quality, and detoxify the body. Hollywood star Gwyneth Paltrow has written a testimonial on their website. So have other celebs including Daisy Fuentes,Patricia Heaton, and Tony Shaloub.

The Blueprint Cleanse was founded by Zoe Sakoutis, a certified nutritional consultant, and Erica Huss, who along with having a background in P.R is also a certified yoga instructor and former model. The plan consists of six bottles of juices that the dieter is expected to divide throughout the day, in such a way that the last bottle is consumed at least two hours before going to bed. There are different plans that one can choose from, depending upon their current lifestyle and cleansing needs. Along with drinking these packaged juices, drinking a lot of water, herbal tea, is required to keep the body hydrated. Colonic is suggested to help eliminate the body of the toxins that are released during the process. “Gossip Girl‘s Jessica Szohr reportedly uses the three-day Blueprint Cleanse to feel renewed and refreshed,” according to Shape magazine. Even Sarah Jessica Parker is a devoted fan, states the Chicago Tribune.

The detoxification and weight loss program of “We Care Spa” has become a safe haven for many looking to cleanse their bodies and rid themselves of the excess weight. It was founded in 1986 and is owned by Susana Belen and her daughter Susan Lombardi. Celebs including Molly Sims and former “Dancing With the Stars” diva Lisa Rinna have been reported to follow this diet. The program includes consumption of nutritious (but low-calorie) organic vegetable juices and supplement drinks that include spirulina, wheat grass, barley greens, and therapeutic teas. Colonics are also used to flush out the released toxins.

How Safe Are They?

You are depriving your body of the normal calorie intake while still doing the same everyday activities, so you are bound to lose pounds. We won’t debate on the fact if they work. Of course they do! But the real question here is whether or not are they safe. Honestly, liquid dieting isn’t for everyone. Studies report that 95 percent of those who lose weight using this method, eventually gain it back―take Oprah Winfrey for instance!

Registered dietician Diana Sugiuchi, the founder of Nourish Family Nutrition and Vertical Drop Nutrition states, “I would not recommend anyone to stay on a liquid diet for more than a few days. Based on experience, most people will not want to stay on a liquid diet for any longer than this!“ Prolonged dependency on such diets can pave way to a series of health issues including abnormal heart rhythms, nutritional deficiency, weakness, anemia, gastrointestinal problems, and more.

As it is, weight loss that occurs when you are completely on liquids―very few calories and protein―is basically due to the loss of water and muscle mass, which is easily mistaken as fat loss. Therefore, when you resume to eating normal meals, the lost weight comes back immediately, as Beyonce Knowles agreed post her Master Cleanse diet. Therefore, we can conclude that going on a liquid diet is somewhat acceptable only in desperate quick-fix situations―just for a couple of days. However, this cannot be a prolonged lifestyle without compromising on one’s health.

Disclaimer: This article is meant for informational purposes only and should not be considered as a replacement for professional advice. We do not promote/demote any fad diets. Kindly consult a trusted physician before getting into any dietary changes. Those who are diabetic, pregnant, or nursing should not be following a diet.