Absinthe liquor has been vilified for ages due to its assumed hallucinogenic and other unique effects. Take a look at the fascinating history and the absinthe liquor effects. 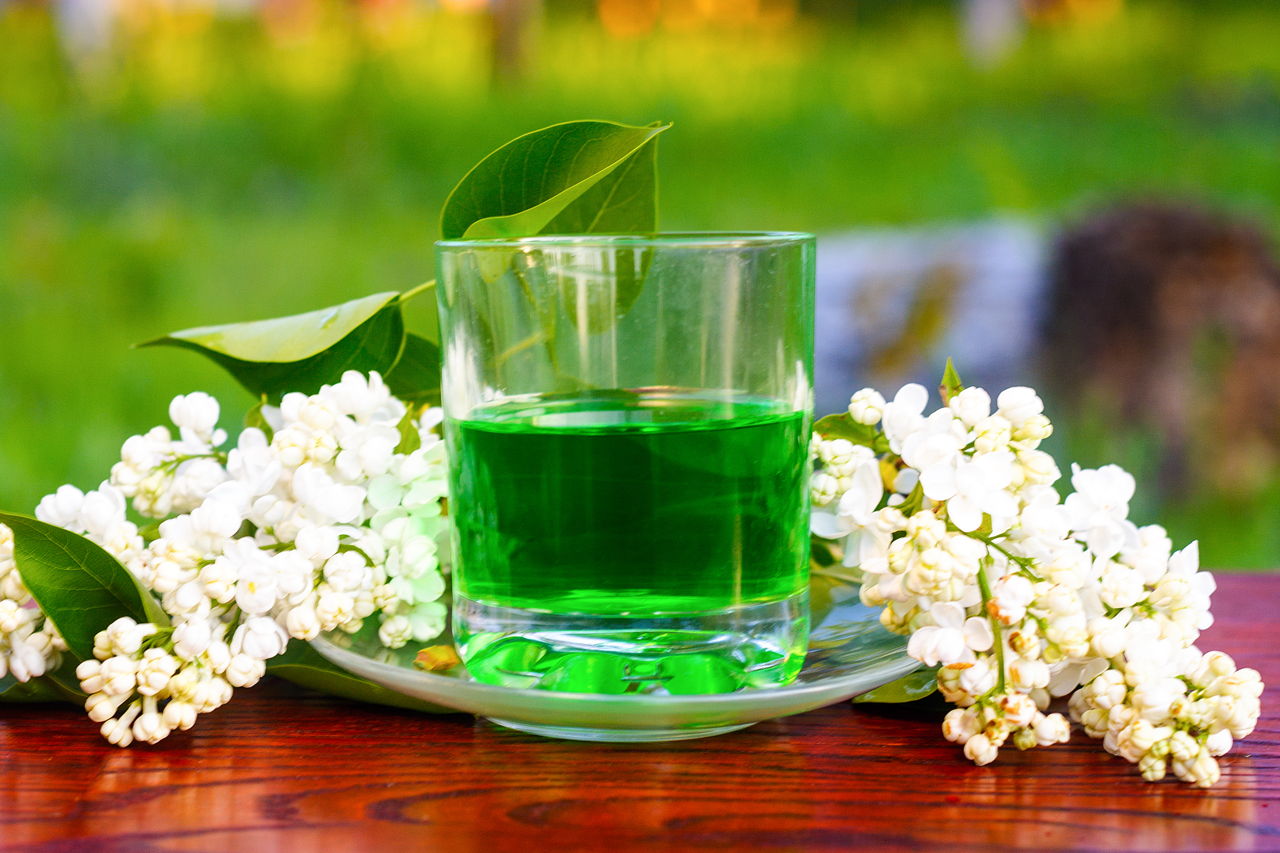 Absinthe liquor has been vilified for ages due to its assumed hallucinogenic and other unique effects. Take a look at the fascinating history and the absinthe liquor effects.

Absinthe liquor, popularly known as “the Green Fairy”, is an anise-flavored alcoholic drink extracted from the herb, Artemisia absinthium or “grande wormwood”, green anise, and florence fennel. Other herbs and ingredients, such as licorice, star anise, angelica root, hyssop, and sweet flag used in the production of this liquor spirit give it a characteristic sour, bitter, and aniseed taste.

It was concocted by Dr Pierre Ordinaire, in Couvet, Switzerland as a natural medicine for his patients. Later, absinthe was also used by the French soldiers as a cure for malaria in the 1840s. So what is it about this green liquor drink, that has over the ages, piqued the curiosity of people around the world, especially the art world? Well, at the heart of the absinthe legend is its interesting history and the legend of the psychedelic absinthe liquor effects on people.

The absinthe history is a fascinating tale of how the drink became famous or rather infamous in France and later around the world. Although initially used as a medicinal elixir for the treatment of French soldiers for malaria, the popularity of the liquor grew steadily through the 1840s as the troops returned home and brought with them tales of the miraculous effects of absinthe. It then went on to become the favorite in bars, bistros, and cafes with people from all social classes taking heavily to it.

It is said that the notable poet and writer, Oscar Wilde observed to his friend Ada Leverson that, “After the first glass, you see things as you wish they were. After the second, you see things as they are not. Finally you see things as they really are, and that is the most horrible thing in the world.” However, it was the so-called “unique” effects of absinthe on the mental faculties of drinkers which saw it getting banned in many countries including France and America. It was not until recently that the absinthe legal ban was lifted and countries started producing the liquor with certain restrictions in place.

As a drug, narcotic, and a hallucinogen, there are many wild claims of the effects of absinthe on people. Apart from the normal alcoholic effects of absinthe there are some controversial secondary effects as well. These so-called hallucinogenic absinthe effects vary from person to person. However, most of them report a kind of heightened clarity of mind and vision, warmed by the alcohol. Some also report of vivid unusual dreams.

A London lawyer and an avid fan of the absinthe drink, Gary Fuller describes the effects as, “It is as if you are here, but, at the same time, your mind also enters some other, higher level of awareness. Suddenly, you gain the capacity to observe and understand reality from another perspective. It is as if you have tapped into some strange but wonderful source of information, understanding and creativity. Your mind is crystal clear, your perception is enhanced, rich creative powers unlocked. Ideas, answers, solutions and inspiration rush towards you from all directions.” These were said to have been the result of a natural occurring substance in the wormwood plant known as thujone. The thujone in absinthe liquor, is known to block the Gaba-A receptors of the brain, thus allowing the mind to fire up to its maximum capacity.

However, there are many reported clinical effects of absinthe alcohol addiction also known as, absinthism. These include seizures, speech impairment, brain damage, sleep disorders, mental prostration, auditory, visual hallucinations, and finally death. Modern scientific consensus seems to differ from the established absinthe reputation which they say could simply be traced back to the effects of alcohol, or perhaps toxic compounds that leaked in during faulty distillation.

In fact, the extremely unpopular thujone has negative effects only when consumed in large quantities. So even though it has been vilified and banned, absinthe liquor is probably no more dangerous than the ordinary spirits available out there. Hence, such absinthe liquor effects being the same is those of alcohol, can be controlled, as the phrase goes, that anything beyond its limits is always going to prove to be harmful one way or another.