The number of calories in red potatoes depend on their size and the accompaniments with which they are served. Read the following article that deals with nutrition facts of red potatoes and find out more... 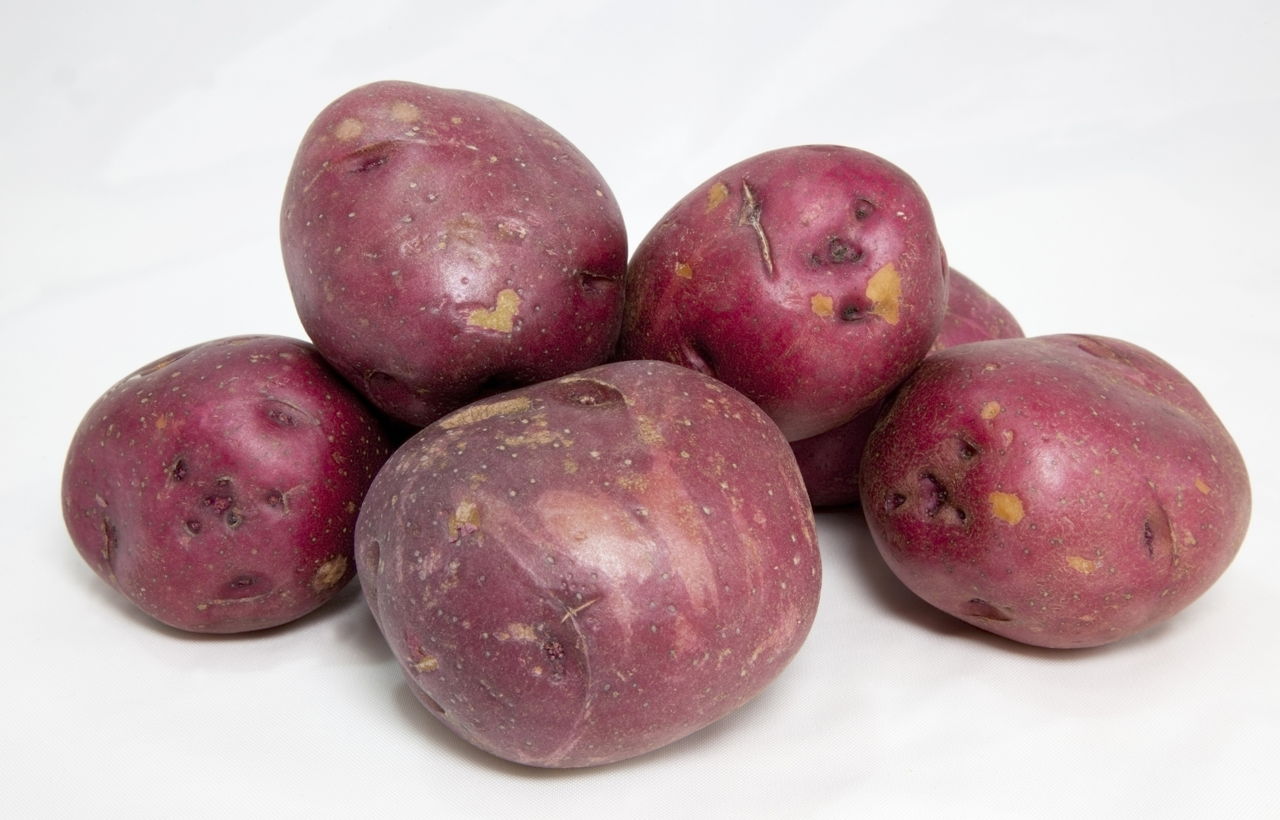 The number of calories in red potatoes depend on their size and the accompaniments with which they are served. Read the following article that deals with nutrition facts of red potatoes and find out more…

Potatoes are one of the most commonly available starchy vegetables. It is also the reason why they are an irreplaceable part of ingredient lists of a variety of the foods that we include in our daily diet. From French fries to hash browns and au gratin to baked potatoes, and from salad or soups to fish and French fries, potatoes have become a staple food source for the entire world. The interesting variety of their preparation has surely increased demand of red potatoes in all parts of the world. In fact, potato has become one of the most widely yielded crops in the US itself.

Red potatoes, which is one of the most common types of potatoes, come with thin skin and great texture which is useful to make almost all authentic recipes. Red potatoes are more popular for those formal dining occasions, for which small-sized potatoes are needed. The small round appearance, thin red skin and firm texture of red potatoes make them ideal for salads, soups, hash browns, boiling, baking, slow cooking, scalloping, etc. Considering the varied usage of red potatoes, one may definitely get interested in finding out information about nutrition facts and calories in red potatoes. Keep reading the following section of the article that informs you about nutrition facts and health effects of red potatoes.

Take a look at the following table that contains nutritional values of one medium size (220g) red potato which is raw and with skin. It will answer your question, how many calories are there in red potatoes? Well, before you move ahead, keep in mind that all the figures that are mentioned in the chart below are according to the USDA Nutritional Data Laboratory.

As you may have seen in the table above, one medium size raw red potato with flesh and skin contains about 154 calories. Along with being high on calories, red potato contains high amounts of potassium, magnesium, phosphorous, starch and carbohydrates . On the other hand, it contains low amounts of sodium, which makes it totally safe for various serious cardiovascular diseases. Apart from all the above mentioned nutrients, potatoes also contain various vitamins like vitamin C, vitamin A, vitamin B complex, pantothenic acid, choline, betaine, retinol, alpha and beta carotene, lycopene, vitamin E, tocopherol, vitamin D, vitamin K, dihydrophylloquinone, saturated and mono-unsaturated fatty acids, and various amino acids. As a result, there are numerous health benefits of red potatoes. Being high on fibers and various vitamins, red potatoes are a great source of antioxidants. Hence, they are excellent for the digestive system and prevention against various types of cancer. Being nutrition rich with low amounts of sodium and zero cholesterol, red potatoes can also be consumed by those who are at a risk of cardiovascular diseases.

One medium red potato contains only 154 calories and extremely low amount of total fats. On the other hand, a medium-sized baked red potato weighing around 175g contains 154 calories as well. If you eat 100g of reduced fat, salt-free red potato fries, then you will consume 487 calories. As you can see, apart from raw and baked potatoes, calories in other types of red potato recipes are most likely to vary as per the nutrition values of the ingredients that are used for making that particular dish. If you prepare certain foods by adding various fatty foods or high calorie condiments, then you are likely to consume more calories than mentioned above.

Red potatoes are one of the nutritious and healthy vegetables that can be used as filling vegetables. It is also the reason why various types of potatoes are also consumed by wrestlers, since it keeps them satiated for a long time. However, no matter how good red potatoes are for your health, their over-consumption is surely not allowed. Since potatoes can keep you satiated for a long time, it is important to eat them in moderation. Overload of starch and carbohydrate, as well as calories in red potatoes (without skin or with skin), will prove harmful in the long term. Eating a lot of red potatoes or high amounts of foods made with red potatoes regularly may cause weight gain, high blood pressure and high potassium levels in the body. Hence, always make it a point to eat them within limits.

Of course red potatoes are available all year round, and you can include them in various casserole recipes, soups, salads, mashed potatoes, baked potatoes, potato pancakes, and various other delicious potato recipes. The calories in red potatoes is definitely not an issue if you consume this food in moderation.