Comparison of Haddock and Cod Fish

Mistaking a cod fish for a haddock and vice versa is fairly common. This NutriNeat article describes how they differ in appearance, taste, mercury content, and nutritional value.

Mistaking a cod fish for a haddock and vice versa is fairly common. This NutriNeat article describes how they differ in appearance, taste, mercury content, and nutritional value.

Antifreeze proteins (AFP) and glycerol produced by cod and haddock allow them to remain in coastal waters and avoid freezing.

The genus Gadus is commonly known as cod. It contains demersal fish (fish that live and feed on or near the bottom of seas or lakes) belonging to the family Gadidae (as there are exceptions to the rule, some species belonging to the genus Gadus are not called cod, for example, the Alaska Pollock). Haddock, being a member of the cod family ‘Gadidae’, looks like a cod fish. Haddock belongs to the genus Melanogrammus. The name ‘cod’ also refers to some other fish species. In this article, we are comparing two species, keeping in mind the Atlantic cod (Gadus morhua) and the haddock (Melanogrammus aeglefinus).

Both cod and haddock are cold-water fish. The fishing grounds for cod are far from population centers, more towards north (near northern countries Norway and Finland). Young Atlantic cod or haddock prepared in strips for cooking is called scrod cod fish and scrod haddock respectively. Both cod and haddock are used as ingredients in various popular dishes (for example, British ‘fish and chips’ and Norwegian ‘fishballs’). They are interchangeable in many recipes. Although they both look similar, they have a number of differences. The following table will help you understand how the distinction can be done with just a couple of minutes of observation. 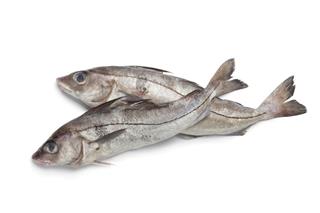 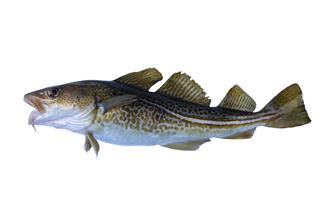