The Potential Dangers of Microwave Cooking That Everyone Must Know

People have been wary about using a microwave because of the harmful effect it can have on one's health. Users have raised multiple queries as to just how safe this piece of time-saving, energy efficient technology is. Let's take a look at debunked myths about this handy electronic. 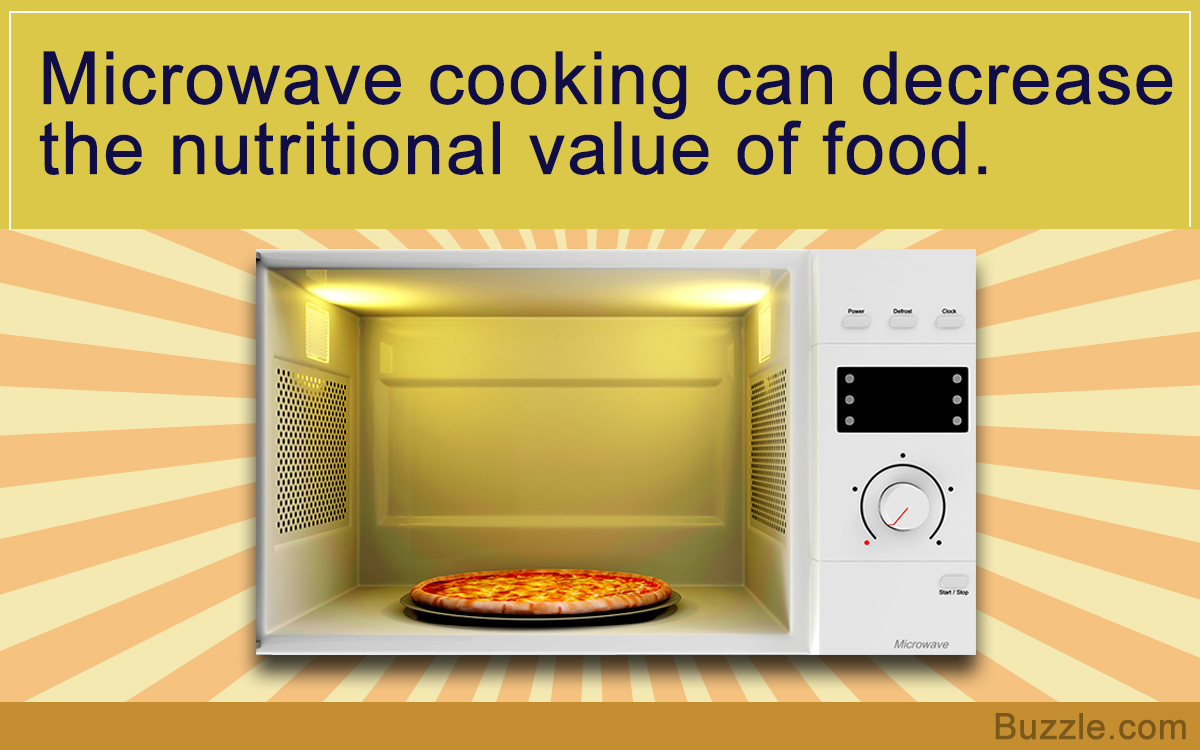 People have been wary about using a microwave because of the harmful effect it can have on one’s health. Users have raised multiple queries as to just how safe this piece of time-saving, energy efficient technology is. Let’s take a look at debunked myths about this handy electronic.

Microwaves have been used from as early as the 1940s and has gained a notable reputation for being the most convenient piece of technology to have hit the market. People see it as a way of not only conserving energy but a way to dramatically decrease the time of cooking. But does this make it okay to compromise on a good home-cooked meal prepared the old-fashioned way? Why have we let technology taken over something as basic as cooking one’s own meal from scratch?

The truth is that microwaves are only good for one thing – defrosting. This can anyway be done by keeping frozen food in its concealed state in room temperature, but popping it in the microwave is of course faster. While the dangers aren’t as alarming as you think, those who love cooking will tell you openly that microwaved food lacks the same flavorsome depth and texture of a meal cooked over a stove. Nonetheless, for those who want to make a quick meal and enjoy it without feeling disturbed about if there’s been damage done to them, will feel better once they review the facts.

The microwave was discovered by accident by Percy Spencer while piecing together radar equipment. What led him to believe that food can be considerably heated is when microwaves (emitted while building magnetrons) melted a bar of chocolate in his trousers! The microwave has become a household staple so to speak, making people resort to a much easier and faster way of preparing food, especially ready-to-eat meals that only need to be reheated in a microwave. Fascinating, really. While many things will sway your belief in your microwave’s safety, you’ll find that it isn’t as bad as the Internet claims.

★ Foods are thoroughly cooked in a microwave.

While certain foods can be prepared in an oven, others cannot be given the same treatment. Ordinary microwaves are given a restricted heating capacity where built-in oven capabilities can cook food up to a temperature of 250°C. While microwave-ovens can cook foods effectively if set on a timer that offers it sufficient heat, the fact is that ordinary microwaves do not penetrate food deeper than about 1 inch from the outside.

Big or tough chunks of meat like steak should be reduced in size, since microwave-ovens cannot guarantee an overall cooked state. If parts of a certain meat are left uncooked it can harbor bacteria and prove unsafe for consumption. Therefore stove cooking wins in this argument – better safe than sorry.

★ Oils cannot be heated in a microwave.

While some oils may not be able to heat up in a way that you’d like, keeping it for longer or at a higher temperature will eventually cause the oil to heat up. Butter that’s been placed in the freezer must be set first to ‘defrost mode’ before it can be heated to a temperature that causes it to either soften or melt.

★ Consumers must test their microwave’s safety.

A testing kit will cost you approximately $20 to affirm that there is no radiation leakage from your microwave. Spending on such a procedure is important in order to keep you and others safe from using the microwave. Wearing over time causes it to fail as a safe electronic, so testing it every 6 months especially if it is an old model, is wise.

While radiation waves has been a major cause for concern, researchers and scientists alike advise people to stand far away from a microwave just to be safe. While microwaves has been built to contain radiation and keep users safe from coming into direct contact, it wouldn’t hurt to be a tad careful and leave the microwave on a set time before staying clear from it.

Scientists found that microwaving breast milk decreases its immunity-fighting properties by a significant percentage, where heating ordinary milk led to a decrease in vitamin B12. Another unsettling discovery was when lab rats ate microwaved food, decreasing their hemoglobin and white blood cell count.

★ Heating plastic in a microwave is highly unsafe.

This is true in every sense, where using either glass or ceramic is your best bet to avoid a meltdown. It can be harmful for food that is placed within plastic cups, plates, or bowls and must be immediately thrown away if such a thing were to happen. Even those marked as ‘microwave safe’ aren’t entirely reliable. Trying to save food and discarding the melted item is a huge risk factor since chemicals from the plastic will have seeped into the food. Another alarming fact is that plastic when heated, releases a toxin known as bisphenol A, which caused developmental and neurological damage on animals tested.

The amount of this toxic substance released by plastics when heated can cause detrimental damage, therefore avoiding its use in a microwave in any form (even packaged) is crucial. Avoid placing metal, tin foils and such into a microwave, since it can prove to be unsafe as well. The best conductors that you can rely on are ceramic and glass as earlier mentioned.

Microwaves in conclusion should be used for minimal cooking purposes, where using a stove is usually your best bet to get evenly cooked, hazard-free food. While it would be ridiculous to get rid of this electronic all at once, using it as per the product’s instructions and the facts stated here will be enough to keep you away from harm.