Different Types of Proteins and Their Functions

Proteins are building blocks, and are involved in all the metabolic activities that take place in the human body. This Buzzle article enlists the different types of proteins, and the roles they play in different cell functions.

Home / Carbs / Different Types of Proteins and Their Functions 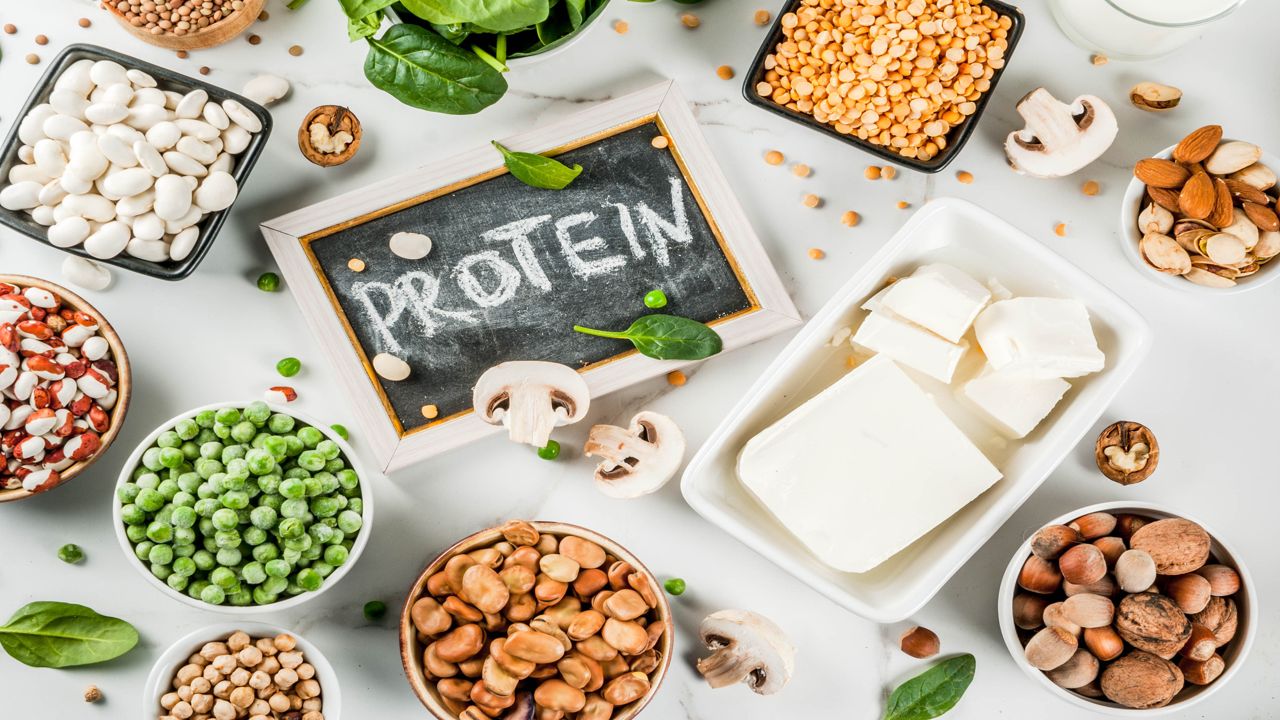 Proteins are building blocks, and are involved in all the metabolic activities that take place in the human body. This Buzzle article enlists the different types of proteins, and the roles they play in different cell functions.

About 18 – 20% of the human body is protein. It contains about 100,000 different types of proteins that are needed for various chemical reactions taking place inside the body every second.

Proteins are complex structures that play a vital role in the structure, functioning, and regulation of the human body. Proteins make up for more than half of the body weight. They are responsible for the growth, immunity, wear and tear, as well as transport of nutrients to various organs in the body.

Protein Types and Their Functions

These proteins are responsible for the movement of muscles in the body. They are involved in the transport of nutrients in cells, the genetic make up, cell division, as well as muscular coordination.

Example:- The proteins myosin and actin, together produce muscle contractions and relaxations.

The antibodies produced by the body to fight diseases or prevent injury are called defensive proteins. Presence of an antigen or a foreign particle like bacteria, viruses, pollen or non-matching blood types, triggers the production of antibodies. It opposes the antigen and weakens it, so that it can be eradicated or destroyed by the white blood cells. Antibodies are also called immunoglobulins.

Example:- Fibrinogen and thrombin are antibodies that facilitate blood clotting, and prevent the loss of blood following an injury. They also aid in the healing process, so that an individual recovers faster.

Enzymes are the catalysts of biochemical reactions that occur in the body. They accelerate and alleviate these reactions, which otherwise may take years to complete. Thus, they increase the metabolic rate, and regulate various life processes like digestion, blood clotting, etc. About 2,000 enzymes have been identified, which catalyze specific reactions in the body, and help sustain life.

Example:- The enzymes amylase and pepsin aid digestion by breaking down complex molecules like starch and proteins respectively, into simpler ones, so they can be absorbed by the small intestine.

Hormones are secretions that act as messengers to initiate or influence a function and coordinate certain metabolic processes in the body. These hormonal proteins help in regulating these actions.

Example:- In females, oxytocin is the hormone that stimulates contractions during childbirth. Insulin regulates glucose in the blood.

These proteins store amino acids and metal ions needed in the body. They also act as food reserves that provide energy as and when required by the body.

Example:- The protein ferritin stores iron and controls the amount of iron present in the human body. Casein, found in milk, is another type of storage protein that provides certain amino acids, carbohydrates, calcium, and phosphorous.

These proteins help maintain structure and provide support to the human body. They give strength and protection to the human anatomy.

Example:- The protein collagen is the major component of tendons, cartilages, and bones. Hair and fingernails consist an insoluble protein called keratin.

These proteins help transport various molecules which include nutrients, gases, and all the essential chemicals that help maintain balance in the human body.

Example:- Hemoglobin that carries oxygen to the lungs and various cells in the human body, and lipoproteins which help transport lipids or fats, are examples of transport proteins.

Other Functions of Proteins

♦ Proteins help regulate the fluid balance in the body, and control the movement of water and other fluids in the cells.

♦ They also release hydrogen ions to maintain the acid-base level in the body.

♦ Some proteins are receptor proteins, which act as binding sites for various enzymes, hormones, and nutrients. They regulate the flow of nutrients in the cells.

Thus, proteins are vital for our existence and survival. Eat plenty of these macronutrients that are needed for well-being and fitness. Health is our greatest wealth, and we ourselves need to take care of it.