How would you define a fruit? A botanist would say that a fruit is a sweet-smelling, ripened ovary of a flowering tree or plant, containing one or more seeds, and can be eaten. If so, then are there really any fruits without seeds? Here, you will find a list of fruits with no seeds, that were developed with the help of hybrid pollination. 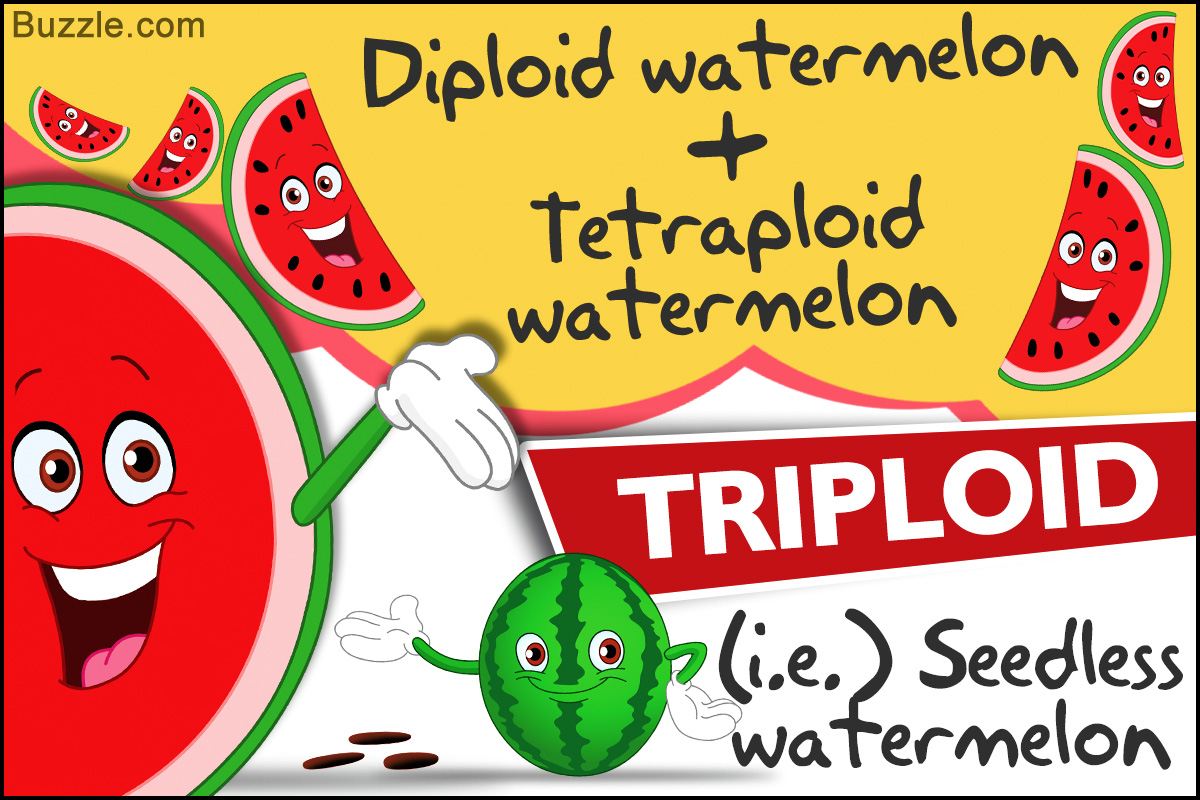 How would you define a fruit? A botanist would say that a fruit is a sweet-smelling, ripened ovary of a flowering tree or plant, containing one or more seeds, and can be eaten. If so, then are there really any fruits without seeds? Here, you will find a list of fruits with no seeds, that were developed with the help of hybrid pollination.

All fruits have seeds. The seedless varieties are the ones that are either genetically modified, crossbred, or grown by cutting or grafting the plant.

From seedless watermelons, bananas, pineapples, oranges to grapes, today, a pomologist or horticulturist can produce fruits without a trace of seeds, by using a number of ways ranging from tissue culture, parthenocarpy, stenospermocarpy, grafting, to budding methods. Seedless fruits are mainly produced by using grafting or cutting methods.

In the grafting technique, a shoot or bud is joined to a growing plant by insertion or attachment, and once the flowers bloom, they are sprayed with plant hormones, such as gibberellic acid (GA3), cytokinin or auxin, to ensure that no seeds are formed.

On the other hand, parthenocarpy is when a fruit is developed without the fertilization of ovules, and stenospermocarpy is when pollination and fertilization take place but does not produce any mature seeds, as the seeds get aborted at an early stage. Tissue culture is another process of propagating tissues of either cells or plants in an artificial environment, where it continues to survive and function. This method is mainly used to duplicate seedless oranges, cucumbers and bananas.

In contrast, traditional breeding happens only between closely related life forms, that are breed carefully to produce small or no seeds. One such example, is the navel orange tree found in Brazil. This orange tree was a mutation, meaning the genes or chromosomes structure of the tree had impulsively changed, resulting in seedless oranges. Reproduction occurs asexually, where a shoot or bud is connected to the original navel orange by using the grafting method.

A diploid plant is still needed in the vicinity to pollinate the triploid plant and stimulate fruit development without fertilization, and produces fruits without seeds.

People generally opt for genetically engineered fruits because they are seedless, taste better and have a longer shelf life, so there is less fear of fruits getting rotten quickly. The long-term effects of genetically modified foods on humans are still unknown, some experts believe that consuming such foods could increase the chances of developing cancer or cause the development of diseases that are immune to antibiotics. Though the intentions may be for good, the effects of these foods are controversial and also interfere with the ecosystem.

These were some genetically modified fruits that are readily available in the market today. Scientists are also working on many other fruits like mangoes, custard apple, pomegranates, kiwi, and many more. The Thompson grapes, navel oranges, seedless bananas, and watermelons, in fact, make up over half the United States fruit market. Moreover, countries all over the world are busy cultivating these modern seedless fruits, for they are considered economically valuable, easier and more enjoyable to consume.