Niacin is one of the essential nutrients, but it is true that niacin side effects also exist. This article provides information regarding the same. 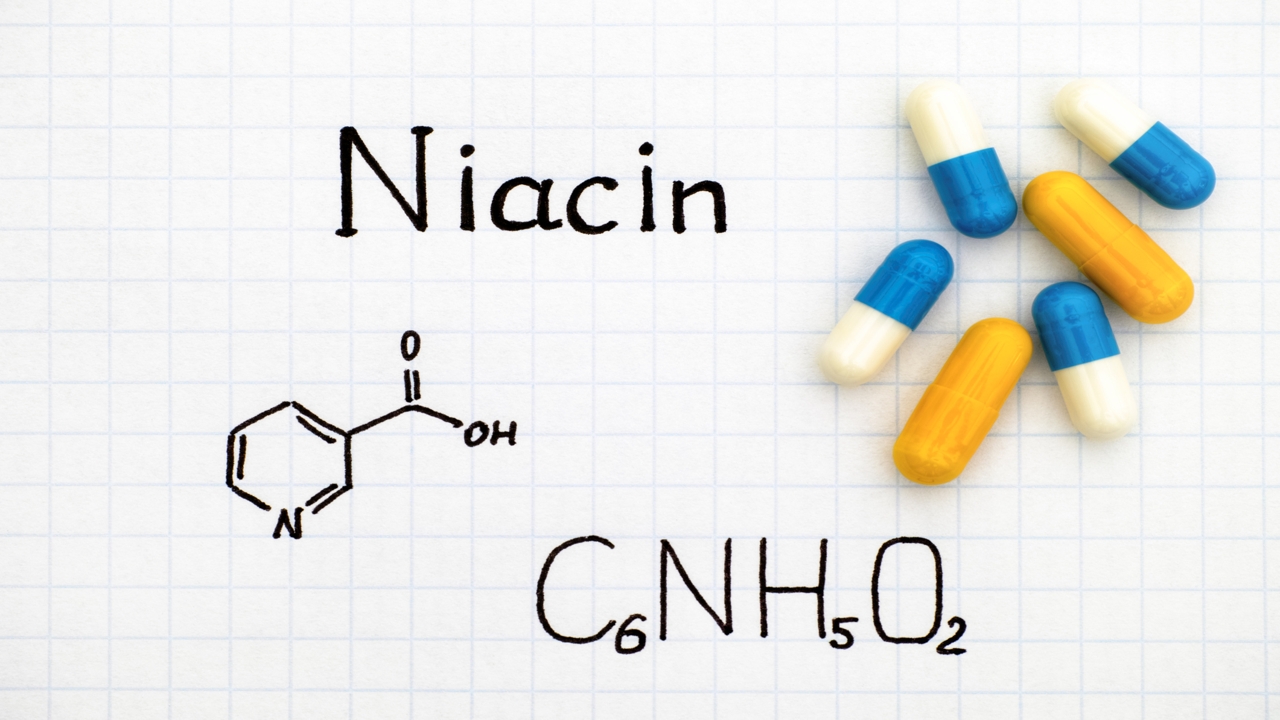 Niacin is one of the essential nutrients, but it is true that niacin side effects also exist. This article provides information regarding the same.

Niacin was discovered when chemists were working on nicotine. As it was in no way related to nicotine, it was called ‘Niacin’, a word derived from the combination of nicotinic acid and vitamin. Niacin, also referred as vitamin B3, is a water-soluble vitamin, which helps maintain good metabolism and also reduces bad cholesterol. Deficiency of this vitamin causes a disease called ‘Pellagra’. Doctors recommend about 14-16 milligrams of niacin intake everyday; however, an overdose may lead to side effects. These side effects are as follows:

Niacin is used in blood pressure medicines such as prazosin and doxazosin. Large doses of these medicines will cause various problems like diarrhea, indigestion, stomach ulcers, and nausea.

The liver plays an important role in detoxifying our body. Niaspan, a drug containing niacin, increases the enzyme production of the liver. Increased enzymes hamper liver function and can also cause stomach pain, nausea, and dark-colored urination. Liver infections which can lead to hepatitis is also possible.

Another side effect is the increased level of uric acid in the body, which can cause various kidney diseases.

Excess of vitamin B3 can cause a skin rash in people who are allergic to it or have sensitive skin. This skin rash is red in color and it spreads all over the body. The skin becomes itchy and swollen. A severe allergy to vitamin B3 may cause chest pain or breathing problems. Dry skin, xeroderma, and darkening of the skin are other skin disorders caused by niacin. In some cases, swelling of the mouth and tongue is also noticed. However, one must note that skin problems occur even if there is a deficiency of this vitamin, which means that appropriate quantity (14mg to 16mg) of niacin should be consumed.

Flushing means excessive skin redness or itching. Taking large doses, i.e above 50mg can cause flushing. Niacin flushing occurs due to expansion or dilation of blood vessels. Flushing can last for about 30 minutes or more. The other ill effects which can occur along with flushing are rashes and itching of skin. The recently introduced niacin formulations which claim to be non-flushing are not foolproof. Another disadvantage of these non-flushing niacin supplements are that they do not help in reducing cholesterol.

About 25 percent adults suffer from insomnia or lack of sleep. Breathing problems, kidney dysfunction, anemia, headache, fatigue, and excessive stress are symptoms of insomnia. Some side effects include nervousness, depression, dizziness, headache, and fatigue, which can lead to lack of sleep or insomnia. Niaspan, a drug containing niacin known to lower cholesterol, can lead to insomnia in some cases. To prevent insomnia, have this vitamin only in the adequate quantities. Also, avoid excessive coffee, alcohol, and smoking.

Though niacin is used to reduce cholesterol, in some cases, the ill effects include bleeding in the arteries. The effect of this vitamin overdose on pregnant women is yet to be tested on human beings. But when tested on animals, it indicated that it does affect the unborn offspring. Niacin intake should be avoided when breastfeeding as it can pass through breast milk. In rare cases, muscle pain has been reported on taking niacin-rich drugs. In rare cases, it can cause severe break down of muscles. It may also disturb the blood sugar level which can affect diabetics.

If you are suffering from liver disease, diabetes, heart disease, kidney disease, or peptic ulcer, niacin drugs should be avoided or should only be taken under medical supervision.