There is no other vegetable which is as loaded with nutrients as spinach. Read on to know more on its myriad health benefits. 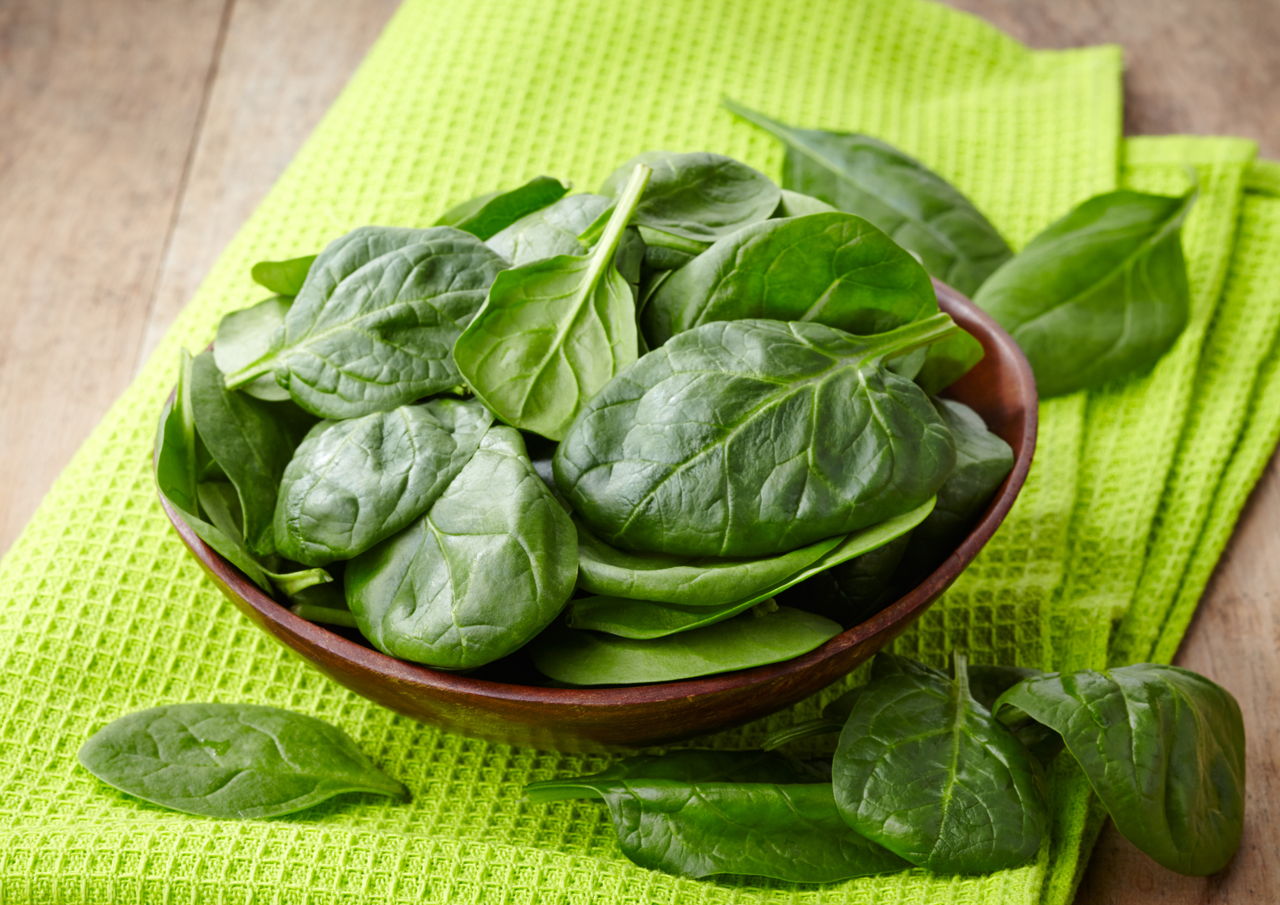 There is no other vegetable which is as loaded with nutrients as spinach. Read on to know more on its myriad health benefits.

For most adults, spinach is synonymous with the powerhouse of nutrients. However, for kids, the same vegetable translates into a slimy, horribly smelling stuff, that they are supposed to eat! No matter how much you coax your kids by telling tales of Popeye or plainly threaten them to eat spinach, they simply refuse to touch the jade green leaves on their plates. In fact, even some adults may also be skeptical about the nutritional value and doubt whether the much touted vegetable is really worth it. This article should reinforce your belief in ‘spinach power’ if you are a Popeye fan and convince you to eat spinach if you are not!

Given below are the tables for spinach nutrient contents in one cup of raw spinach.

The above tables clearly indicate that spinach is a rich source of various essential nutrients. Apart from the above mentioned nutrients, spinach is also a great source of lutein, carotenoids and bioflavanoids. The iron content of spinach is more than that of any other vegetable. However, the non-heme iron in spinach is best absorbed when it is combined with vitamin C. Thus, if you are eating spinach for its iron benefits, make sure you also include vitamin C rich foods in your body. Spinach is best consumed raw, so that the nutrients are not lost. Cooking deteriorates the nutritional value of spinach. Hence, if you must, make sure you cook spinach very lightly. Salads and juices are the best form for spinach consumption. Spinach juice is a rich source of chlorophyll and acts as a colon cleanser. Spinach also contains numerous phytonutrients which inhibit the growth of cancerous cells.

Spinach Varieties and Their Nutrient Value

There are basically three varieties of spinach, flat or smooth, savoy and semi savoy. Flat spinach has smooth leaves and is mostly preferred for raw dishes, as it has a mild flavor. Savoy spinach has curly leaves and is a bit difficult to clean. The third variety, semi savoy, is not very popular and is somewhat similar to savoy. However, it is much easier to clean as compared to savoy and also has less pungent flavor. Nutritionally, there is not much of a difference in the three varieties. You can get these varieties in fresh form or frozen. If you are willing to shell a few dollars extra, you may get pre-washed and packed spinach leaves.

Thus, spinach is undoubtedly one of the most nutritious vegetable we have around. Hope the facts mentioned in this article encourage you to eat more spinach.