Will Cooking Food in Cans Hurt You?

Many people cook food in the cans which are used for storing it. But could that be dangerous for your health?

Home / General / Will Cooking Food in Cans Hurt You? 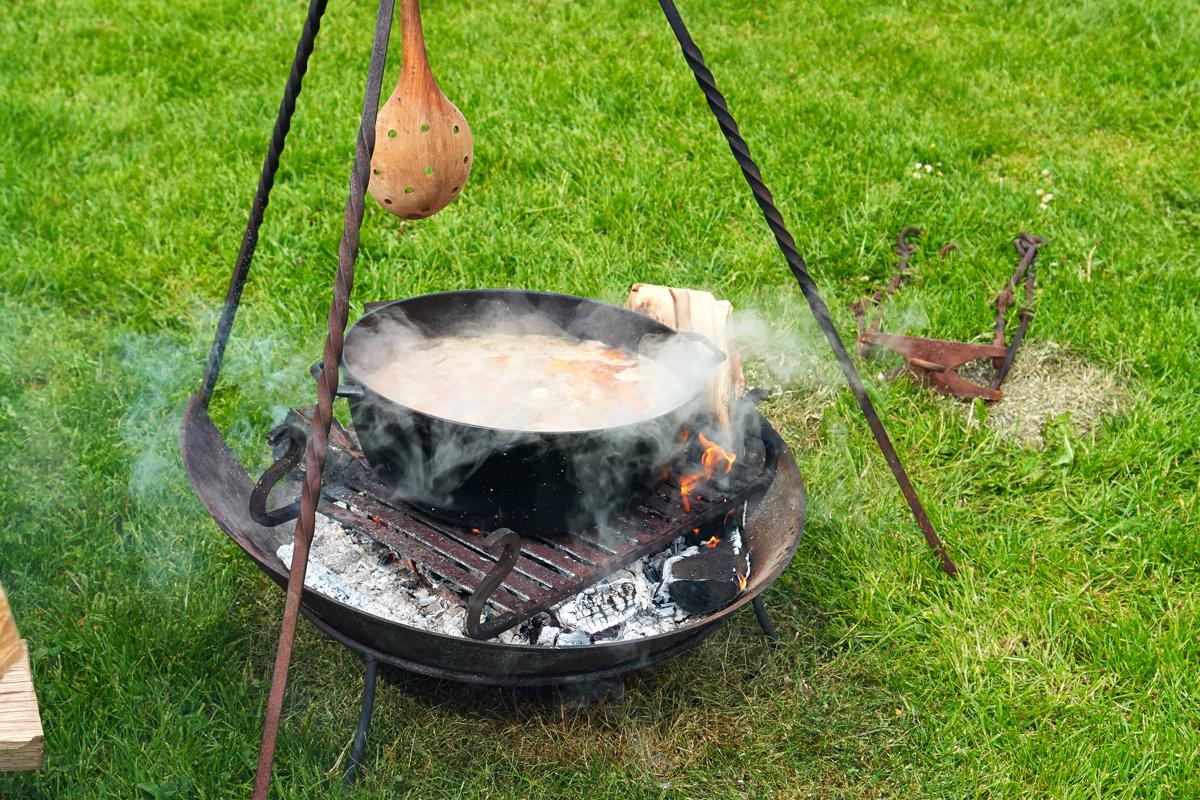 Many people cook food in the cans which are used for storing it. But could that be dangerous for your health?

There are packaged products available now that can be heated up in a microwave or in a pot of water on the stove, and food can be eaten out of them directly. Some people even put them in a pressure cooker. But is it possible for metals or chemicals to leach into the food as it is getting cooked?

Processed food manufacturers recommend that cans should not be used for anything else other than storing food, until it is opened to be eaten. According to Scott McCarty of Ball Corporation, a leading food and beverage packaging maker in the United States, “Cans are reliable, recyclable, durable packages that keep beverages and foods fresh and allow them to be transported safely for thousands of miles, even into remote regions – but they were not made to be used as cooking containers.”

However, many people who cook food in them say that because processed goods are often heated during the production process, to kill bacteria, re-heating the food in the cans at home couldn’t possibly do any harm. McCarty admits that although some processed foods are heated during packaging at the factory, this isn’t the case for all the products. Also, heating is done in a carefully controlled and monitored environment, where the process is monitored and specifically designed for heating such type of food.

If you are concerned about metals that may be leaching into these food products as you heat it, you may have a good reason for being concerned. In the United States, most of the packed food is put into steel cans, while the beverage ones are generally made out of aluminum. Although nickel and chromium may be used as an alternative instead of steel, but the difference would be trivial. But a more troubling fact is that aluminum, in theory, could contaminate the packed drink or food contents. Large concentrations of aluminum have been linked to health problems and nervous system disorders, such as Alzheimer’s disease.

To prevent the leaching of contaminants into food, most cans today are coated on the inside with food-grade epoxy, to protect the food and save the metal from corroding. But such liners have been proven to contain harmful chemicals such as Bisphenol-A (BPA). BPA is a synthetic plastic hardener, and it has been linked to problems with human reproduction, as well as an increased risk of diabetes. And when the Consumers Union analyzed common processed foods last year, they found measurable BPA levels in a wide range of food items, even some that had a label claiming that they were “BPA Free.”

The U.S. Food and Drug Administration is in the process of reviewing whether or not BPA should come into contact with food items. But some companies aren’t going to wait for the FDA to pass a rule on the subject. Eden Foods, a company known for producing wholesome foods, worked with the Ball Corporation in 1999 to change their procedures. They switched their traditional liners made with epoxy, for a baked-on enamel lining, free of BPA, made by using resins and plant oils. This new technology was actually developed accidentally. Eden came upon it when they asked Ball what the company used before the epoxy liners became the standard 30 years ago.

Although custom-made liners are more expensive than the industry-standard liners, Eden says that it’s worth the extra expense when it comes to keeping consumers healthy. Michael Potter, president of Eden Foods, says it was the right thing to do. “I didn’t want BPA in food I was serving to my friends, family, or my customers.”