A burrito is one of many popular Mexican dishes. This article provides some information about the calories in the same. 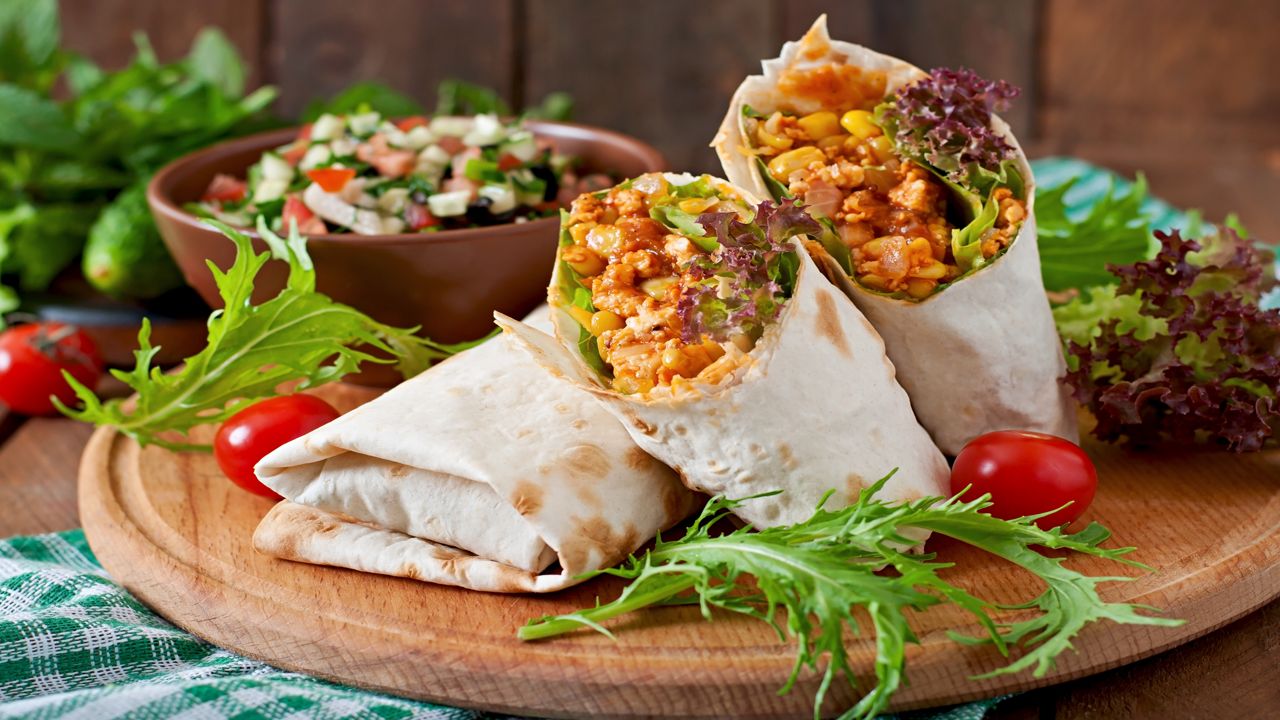 A burrito is one of many popular Mexican dishes. This article provides some information about the calories in the same.

A burrito is a type of Mexican-American food, that is made with wheat flour tortilla and which includes fillings such as minced meat, refried beans, vegetables, salsa, Mexican rice, and cheese. The flour tortillas are steamed or grilled before the filling is wrapped inside them. Since there are different varieties of fillings that can be used in making the wrap, the calories would also vary. Moreover, the wrap served in popular fast-food chains in America, is larger and contains fillings that are more fattening than a regular Mexican one. A way to lower the calories and fats would be to opt for a vegetarian one. Also, make sure that the cheese, sauce, and sour cream are either avoided or consumed in lesser amounts, so that the number of calories is decreased. Here is some information on some popular Mexican foods and the calories present in the different types of burritos.

This dish from Chipotle Mexican Grill, allows the choice of the kind of tortilla filling that one would want, such as the vegetables, meat, salsas, and extras, like chips, cheese, and guacamole. The kind of wrapping and the filling that one chooses would have a bearing on the number of calories present in the same. Here is a list of the calories with different fillings. All the calories mentioned are for the dish with 6-inch tortillas.

One may have observed from the given table, that piling up on foods like cheese, salad dressing, sour cream, chips, and guacamole can increase the calories to a very large extent. As the calories in such foods are very high, it is better to opt for fillings like fresh vegetables and grilled white meat.

This food calories list would help one choose a healthy option.

This dish, when prepared at home, would have considerably lesser calories than one purchased from outside. The nutrition facts would differ based on the kind of fillings used. Moreover, any kind of meat and beans in it will have more protein, dietary fibers, as well as saturated and trans fat than a vegetarian one. To make this dish healthy, just add more vegetables and avoid salad dressings, mayonnaise, and cheese.