Effects of Coconut on Cholesterol Level 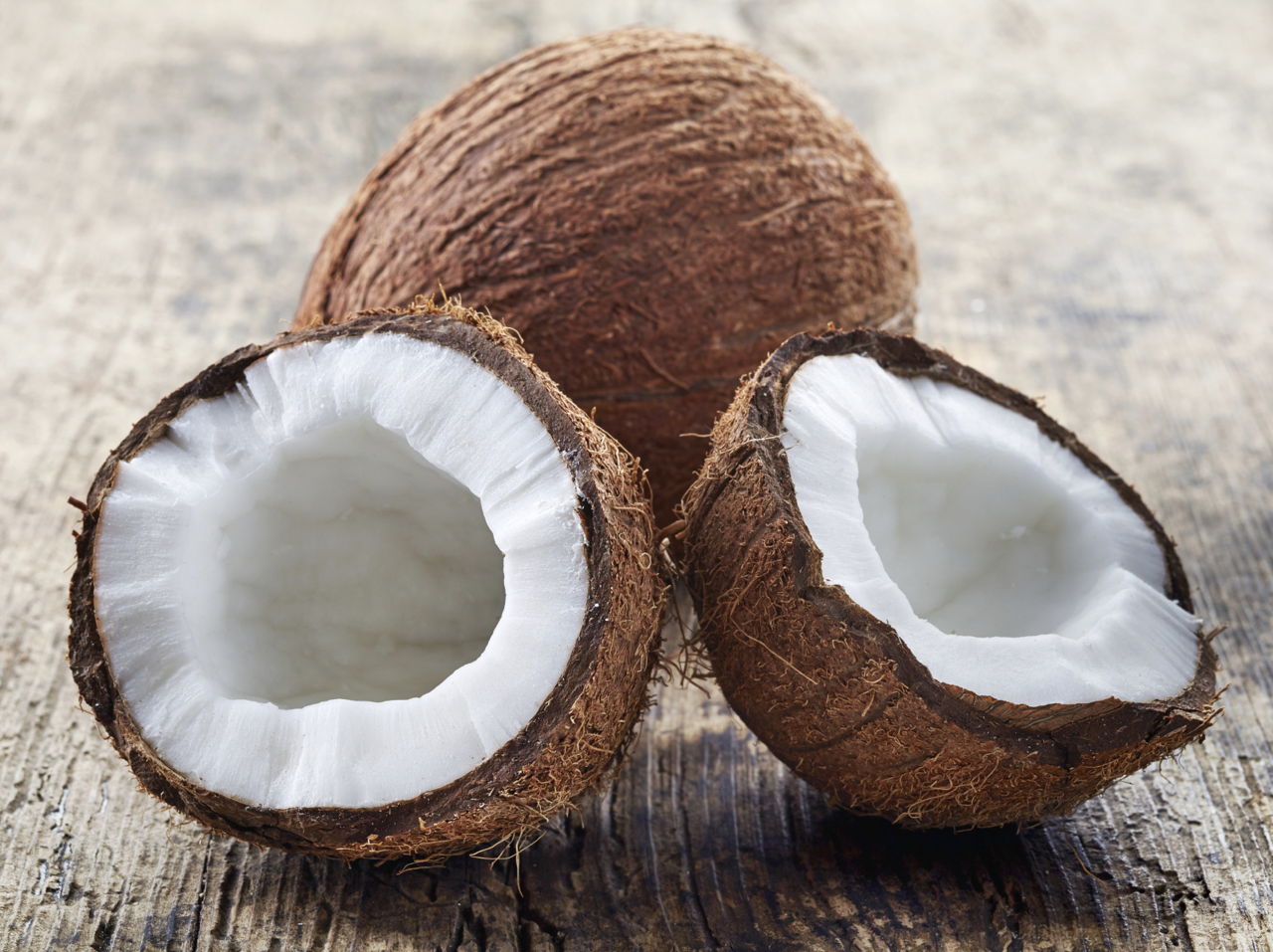 Despite the name, coconut is not truly a nut. Rather, it is a fruit (drupe type) of the palm. Its scientific name is Cocos nucifera. It is the endosperm of this fruit that is edible. In a tender coconut, the endosperm is the liquid that is widely consumed as coconut water. As the fruit matures, it hardens to a white, solid meat. The fruit is consumed in a number of ways. However, the health-conscious people remain doubtful whether this tropical fruit has negative effects on the heart and cholesterol levels or not.

Coconut is a storehouse for some of the essential nutrients required by the body. The health benefits of the fruit are attributed to the dietary fiber, vitamins, and minerals present in it. However, the issue of concern is the presence of high quantities of saturated fat in coconut oil and other products made from it. As per the nutrition data, the percentage content of fat in this fruit is higher than that of fatty dairy products, margarine, and butter. This is where the confusion arises about the effects of the fruit on cholesterol levels.

This tropical food is believed to be beneficial for lowering high cholesterol levels. Well, this is a debatable issue, taking into consideration the high fat content in the fruit. Many research studies have been carried out on this matter, and it has been found that approximately half of the saturated fat present is lauric acid. This fatty acid is present in mother’s milk, which is beneficial for counteracting the action of pathogens. Further, myristic acid, that is responsible for increasing cholesterol, accounts for about 19 percent of total fats in the fruit. Coconut consumption and its actual impact on the cholesterol level is as follows:

This milk is prepared by grating coconut meat, and treating it with hot water (or milk). It does contain saturated fat, but lesser than that present in the oil. When served in large amounts, it raises total cholesterol level. Fresh coconut milk is a better alternative to the canned and packaged products.

This is a type of tropical oil. The percentage of saturated fatty acids in the oil is relatively high. However, the fats in the unprocessed oil are not responsible for raising bad cholesterol. When virgin coconut oil is hydrogenated or processed, the fatty acids get converted to trans fats, which play a major role in increasing bad cholesterol (LDL). To be more precise, hydrogenated coconut oil is unhealthy for the heart.

On a concluding note, the consumption of the fruit does bring about an elevation of both HDL (good cholesterol) and LDL (bad cholesterol). However, along with increase in LDL, its use increases the HDL as well. In short, the ratio of HDL/LDL is increased, thereby lowering the risks of heart diseases. Furthermore, the fruit provides various nutrients to the body. So, a healthy approach would be to monitor the amount of the fruit consumed, and reduce the intake of other foods rich in saturated fats. This would help minimize the risk of high cholesterol and heart diseases, thus, ensuring that one would still reap the benefits of the fruit.