Common Myths About Coffee Debunked – The Truth is Out!

Did you think drinking coffee is unhealthy? Well, this and many such myths may prevent you from enjoying a cup of your favorite coffee. NutriNeat debunks a few of the common ones.

Home / General / Common Myths About Coffee Debunked – The Truth is Out!

Did you think drinking coffee is unhealthy? Well, this and many such myths may prevent you from enjoying a cup of your favorite coffee. NutriNeat debunks a few of the common ones. 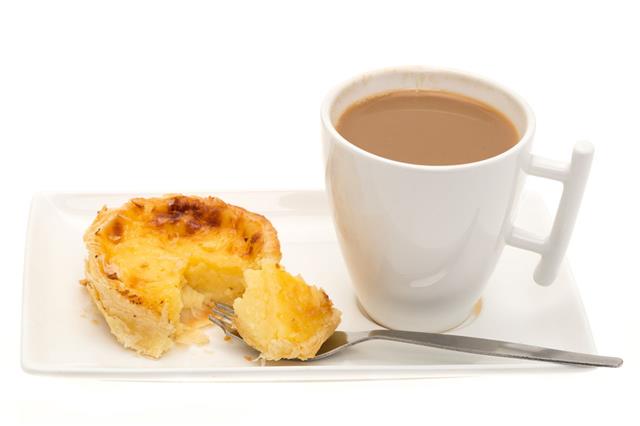 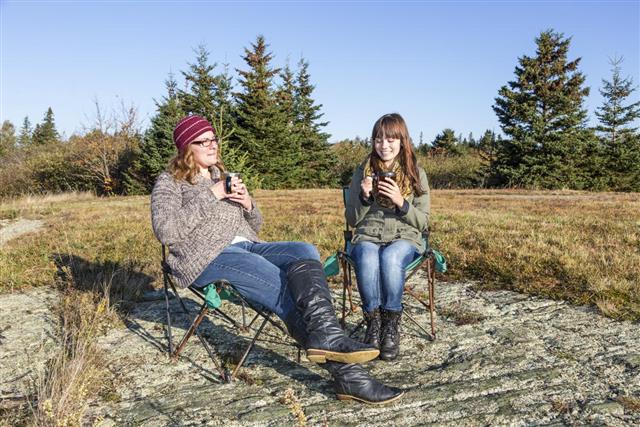 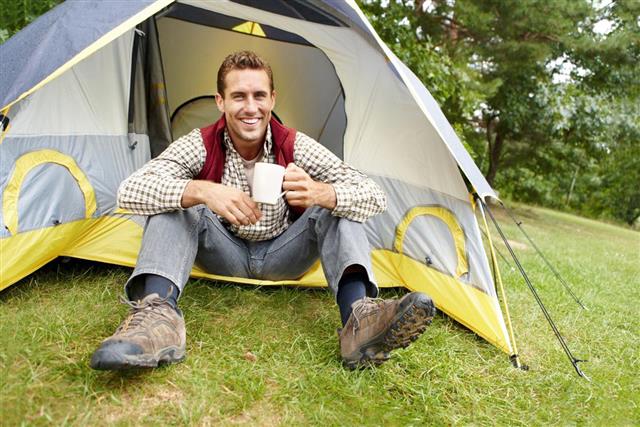 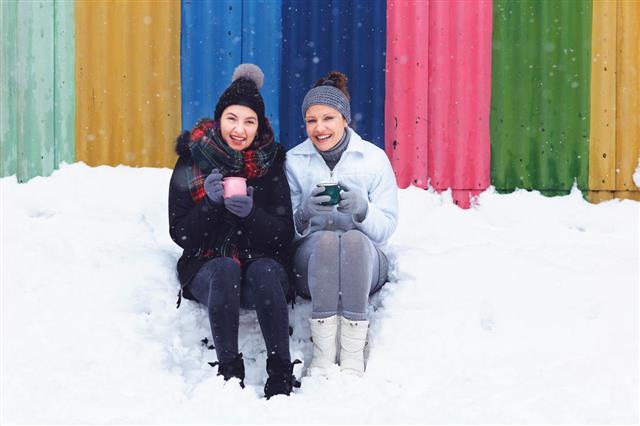 Coffee is, undoubtedly, the most widely consumed beverage in the world. Yet, not many people are aware of its health benefits, and some even believe that it causes more harm than good. Needless to say, the many myths surrounding this delightful beverage only make things worse. While it is difficult to trace the origin of these myths, knowing the truth behind them certainly helps.

This article tackles many of the most common myths that are prevalent out there, and uncovers the truth behind each one of them. So, are you ready to debunk the myths about coffee?

Debunking Some Common Myths About Coffee

Myth : Drinking coffee is bad for you

Fact: The fact is that, while the relatively high caffeine content in coffee can adversely affect your health, there are other compounds in the same cup of coffee that can provide a whole lot of health benefits. Not missing out on your regular cup of coffee can reduce your chances of developing Parkinson’s Disease, liver cirrhosis, diabetes, and even colon cancer. What’s more, the antioxidants in coffee fight cell damage, and reduce the risk of heart disease. Coffee also improves your concentration, and helps you remember things. The bottom line is that you should not consume too much coffee, just 3-4 cups a day should be fine.

Fact: This myth stems from the fact that the caffeine in coffee is a mild diuretic. A diuretic promotes production of urine or loss of fluid in excess of the volume ingested. However, research has proven that caffeine, if consumed in moderation, does not lead to dehydration. You can safely consume 3 to 4 cups of coffee a day. Also, remember to drink a lot of water to balance out the loss of fluid.

Myth : Decaffeinated coffee has no caffeine

Myth 4: Milk that is low in fat content creates the best texture of coffee.

Fact: It is a common belief that low fat or skim milk should be used to brew coffee with great texture. However, this is not true, because to make coffee that is creamy and appears delicious, you should always use full cream milk. Skim milk is preferred by many because it is easier to foam, as compared to full cream milk. However, if it is a good quality drink you seek, which looks and tastes thick and luscious, then you should opt for full cream milk.

Fact: Many people claim that drinking a few cups of coffee leaves them stressed out. This is because the caffeine in coffee blocks the production of adenosine in the body. Since adenosine is a stress reliever, a person who drinks too much coffee might experience increased levels of stress. However, coffee in itself does not trigger stress levels.

Myth : Coffee is a bean.

Fact: Did you know that the coffee bean that we are so familiar with, is not a bean in the technical sense of the term? So, why are they called beans, you may ask? Well, simply because they look like beans! The truth is that these are seeds of the fruit of the coffee plant that belongs to the family Rubiaceae.

Myth : Espresso is a different type of coffee bean.

Fact: It’s a fairly common belief that the caffeine content of espresso coffee is higher than that of drip coffee. Drip coffee is a slower process of brewing coffee than espresso, which means the time for which the water comes in contact with the coffee beans is higher in case of the former. The longer contact time translates to a higher amount of caffeine extracted from the coffee beans during the making of drip coffee.

Myth : Coffee beans are best stored in a refrigerator.

Fact: This is a myth, because if you want fresh coffee every time, then you should place your coffee beans in an airtight container, and store them in the kitchen cabinet. Storing coffee beans in the freezer is not a good idea, because the very low temperature can adversely affect their quality, making them dry. Another reason you should avoid keeping the coffee beans in the refrigerator, is that coffee beans readily absorb odors from the immediate environment. So, if you’re keeping them next to onions, then you know what flavor to expect from your cup of coffee! It is highly recommended that you do not store your coffee for more than two weeks.

Myth : The darker the roast, the better the espresso.

Fact: It’s a fairly common belief that darker the roast of espresso coffee, the better the taste. However, this is not entirely true. The beans used for espresso coffee should be roasted to their optimum level, should you wish to experience the rich flavors in your cup. Any more roasting, and all you’ll be left with is a bitter taste. Note that the ideal roasting level varies with the type of bean and the time of harvest, among other factors.

Fact: Earlier, it was believed that the caffeine present in coffee can adversely affect the health of pregnant women, and also lead to miscarriage and low birth weight. However, research has proven otherwise. Sticking to just one cup of coffee a day, is considered safe for pregnant and lactating women. But remember, too much coffee can be harmful.

Fact: This is a common myth that probably stems from the fact that coffee is a stimulant that keeps you awake because of its caffeine content. However, it takes a very short time for caffeine to be eliminated from your body. In fact, research has shown that more than 50% of it is released by the body within five hours of consumption. Hence, drinking not more than 2 to 3 cups a day won’t cause any problems in your sleeping habits, unless, of course, you have a cup of coffee just before going to bed.

Myth : Coffee is an effective remedy for a hangover.

Fact: There are several people out there who strongly believe that coffee is one of the best remedies for a hangover. Unfortunately, this is not true. The fact is that a cup of coffee is the last thing that you should reach out for when you’re struggling to get over a hangover. Why? Well, you experience a hangover because you’re dehydrated due to the diuretic effect of alcohol on your body. In such a scenario, intake of another diuretic can only make things worse. Instead, drink lots of water to balance the fluid content in your body.

Myth : The caffeine content of energy drinks is higher than that of coffee.

Fact: What we tend to believe is that energy drinks have more caffeine than brewed coffee. However, this is a myth. The fact is that the caffeine content of energy drinks is much lesser than your standard coffee, ounce for ounce.

Fact: Last but not the least, it is widely believed that the caffeine content of coffee increases with the roasting process. However, this cannot be further from the truth, because the process of roasting coffee leads to degradation of caffeine. Thus, darker the roast, lower is the caffeine content. So, the next time you want to choose a coffee with a lower caffeine content, don’t let the color of the brew fool you

That brings us to the end of a long list of myths and misconceptions about coffee. Are you startled to know the truth behind them? Just remember that coffee is not a dangerous drink that you should stay away from. Just enjoy this delightful beverage in moderation, and you’ll be surprised at its many benefits. 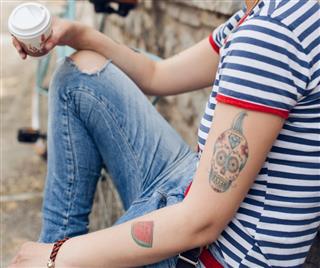 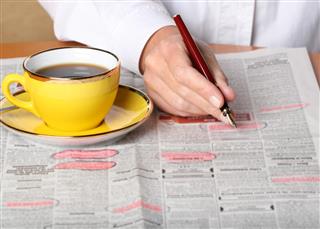 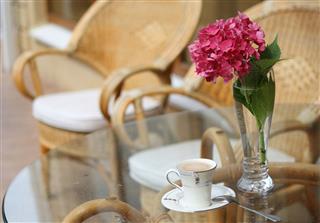 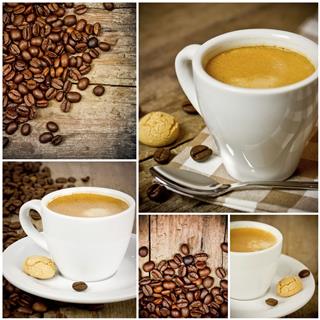