Health Benefits and Side Effects of Monolaurin

Monolaurin is a chemical found in coconut milk, as well as breast milk. The following Buzzle write-up provides information on the health benefits and side effects of monolaurin.

Home / General / Health Benefits and Side Effects of Monolaurin 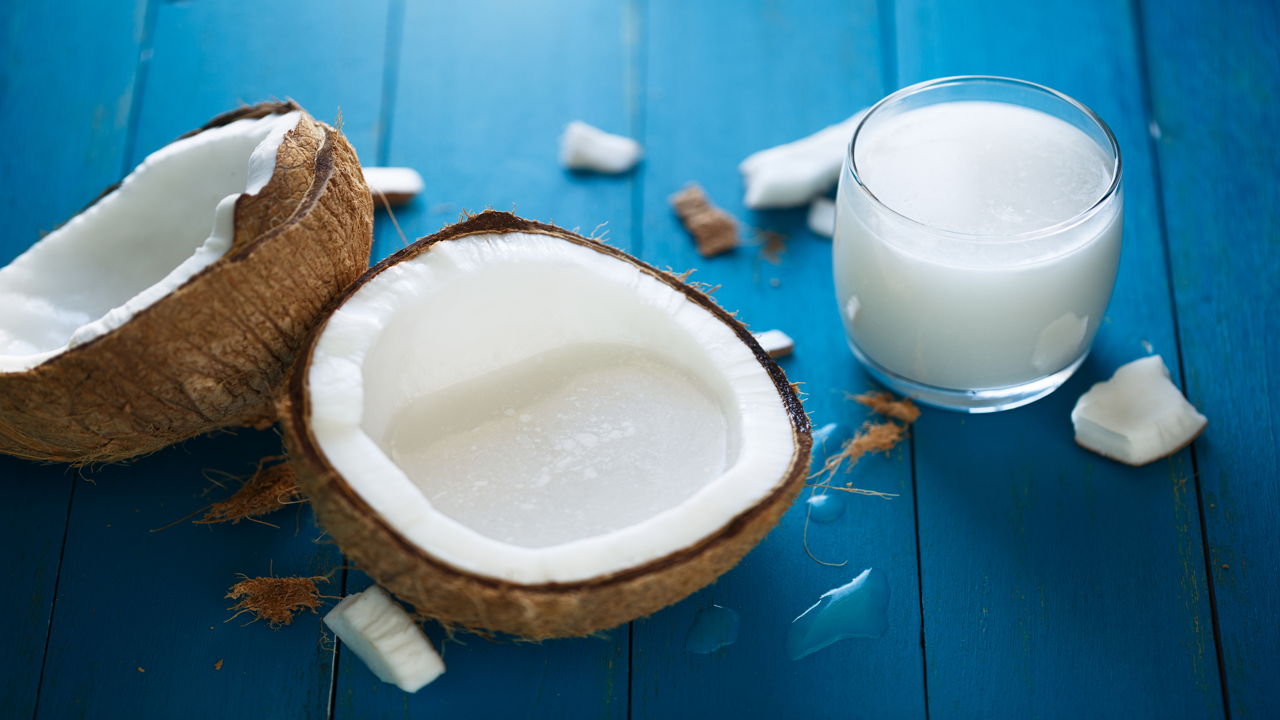 Monolaurin is a chemical found in coconut milk, as well as breast milk. The following Buzzle write-up provides information on the health benefits and side effects of monolaurin.

It was in 1982 that the virucidal effects of monolaurin on enveloped RNA and DNA viruses was first reported in a study conducted by the Centers for Disease Control and Prevention.

Monolaurin, which is also called glycerin monolaurate, glycerol monolaurate, lauricidin, and lauric acid monoglyceride, is a derivative of lauric acid. Lauric acid is a fatty acid found in coconut milk and breast milk. Monolaurin is formed as a result of esterification of lauric acid with glycerin, and is considered to be more active than lauric acid. Around 50% of the saturated fat content of coconut oil is lauric acid, which makes coconut oil an excellent source of monolaurin. This monoglyceride is used as an emulsifying agent in the production of food products such as ice cream, margarine, and spaghetti. It also finds application in the manufacturing of certain cosmetic products, detergents, and insecticides in the form of an agent that reduces the surface tension of the liquid in which it is dissolved. Many test tube studies that have been conducted on monolaurin have thrown light on its antimicrobial properties. Let’s find out more about monolaurin health benefits and side effects.

Several studies have been conducted to determine the antimicrobial effect of monolaurin. Dr. Jon J. Kabara is accredited with conducting seminal research on the effects of fatty acids and their monoglycerides on pathogens, and also getting certain fatty acids and their derivatives (monoglycerides) patented in 1968. Since then, various studies have been conducted in this area. Research papers have mentioned different mechanisms through which the monoglyceride of lauric acid acts on microbes. In his research, Dr. Kabara found that lauric acid was a far more effective antiviral agent than caprylic acid (C8), capric acid (C10), or myristic acid (C14).

➞ A few studies indicate that monolaurin disrupts the outer membrane or the lipid bilayer of pathogens, thereby causing it to disintegrate, and preventing them from attaching to the host cells.
➞ Some refer to monolaurin as a better alternative to antibiotics, as antibiotics target both the friendly microbes and pathogens, unlike monolaurin that targets only the disease-causing agents. Moreover, antibiotics only get through the pores in the outer membranes, whereas monolaurin dissolves the membrane.
➞ Certain test tube studies show that the use of monolaurin might improve the user’s health by increasing the production of immune cells.
➞ Monolaurin is a virustatic agent. It interferes with signal transduction/toxin formation, thereby preventing pathogens from reproducing (Projan et al. 1994). This also resolves the issue of the development of drug resistance.

Therapeutic Uses and Side Effects

As mentioned earlier, certain test tube studies have thrown light on the antimicrobial activity of this derivative of lauric acid. It must be noted that the effects given below are not based on extensive studies.

➞ In test tube studies, monolaurin acted on viruses such as the Influenza, Epstein-Barr virus, and certain strains of herpes virus. Many of the pathogens that were inactivated by monolaurin were the ones responsible for causing opportunistic infections in people affected by HIV.
➞ Some studies have shown its effect on Staphylococcus aureus, Streptococcus agalactiae, Vibrio parahaemolyticus, and Helicobacter pylori.

Though it is believed that monolaurin may help alleviate the symptoms of common cold, flu, herpes, shingles, chronic fatigue syndrome, etc., extensive studies need to be conducted to corroborate its effectiveness. Adverse drug interactions have not been reported and there’s not enough information on appropriate dosage, due to the lack of scientific evidence. Those who plan to take this supplement must follow the dosage instructions on the label, and consult a physician before using this product. Since its effects on pregnant women and breastfeeding mothers are not yet known, it’s best to refrain from its use. Though FDA recognizes it to be non-toxic and safe as a food additive when used in small and moderate amounts, clinical trials are required for proving its viability for therapeutic purposes.