Everybody knows that junk food is bad for our health. But what can we do about it? What is the best way to enjoy a fast and tasty snack and not stock up on unhealthy fat and junk calories? Is there an easy way out? 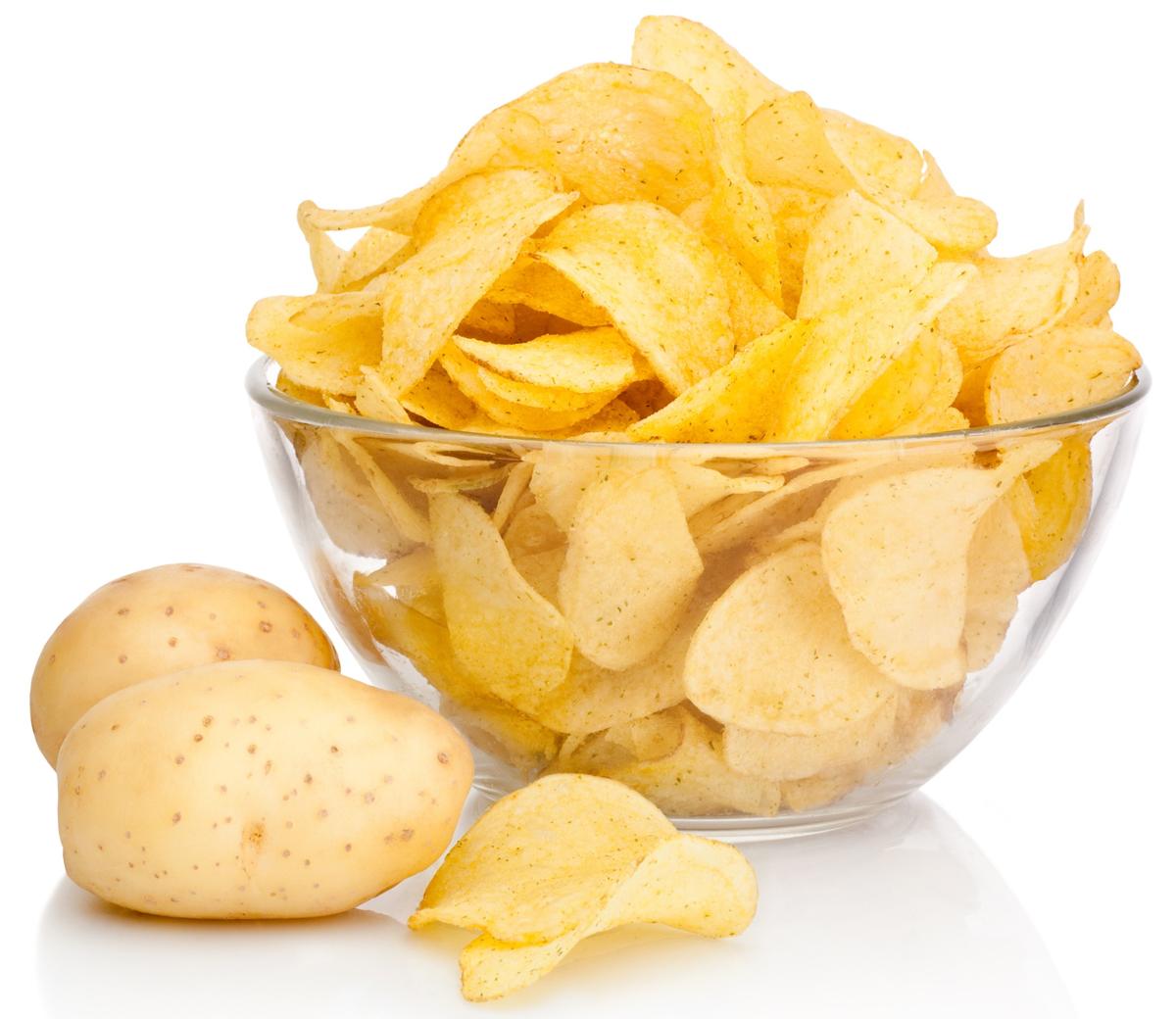 Everybody knows that junk food is bad for our health. But what can we do about it? What is the best way to enjoy a fast and tasty snack and not stock up on unhealthy fat and junk calories? Is there an easy way out?

Snacking is an universal activity, only the food changes. Over the last few decades, fast, easy to eat foods have found precedence over more elaborate meals. The result has been the mushrooming of burger, pizza and tacos joints, off the shelf precooked foods in shopping malls and of course, warm-it-yourself ready to eat dinners. This change in the food culture happened in the middle of the twentieth century when everything in life changed gear, everything became faster and life itself became one mad rush.

Effectively, people wanted to cut down on wastage of time or perhaps, the will to cook and relish went out of our culture, it’s difficult to say. Fast foods and their common availability at first seemed like a liberating trend, from the tedium of cooking or sitting down for a family dinner. The net result was the gradual taking over of our life by quick foods, often low in nutrition content. If today, obesity rates in America are amongst the highest in the world, it is thanks to this new lifestyle.

Snacks and fast foods are called junk food because they essentially are very high on fat, sugar, salt and preservatives (chemicals) content. They have empty calories that do nothing but, sit around our middle like pelts, eat into the capillaries that carry blood, blocking them, or settling into our organs and making our bodies sluggish, ungainly and heavy. This is obesity. This is termed as a disease but is one of the few do-it-yourself diseases…meaning, it does not happen because of outside mal-influences, but because of what we do to ourselves, read. WHAT WE EAT.

In many cases, the addictive nature of the chemicals that are used in snacks cause a long-term damage ( no-one-can-eat-just-one liners), and we do not realize until it is too late. But that is not the major component of junk food. Junk food is only meant to fill one up, and provide an instant gratification, and they do nothing for our body by way of maintaining, building or energizing.

Taking a closer look at what we term as junk food, one finds that their nutrition content is highly skewed in favor of fats and salt. There are calories involved, but more from fat than carbohydrates. A bag of potato chips has 10-11 grams of fat per ounce, even a bag of healthy potato chips gets 60% of its calories from fats. Of course, the fat content also changes with what we choose to eat. For instance a Burger King Whopper with Cheese will gift you with 935 calories and 61 grams of fat while a broiler chicken sandwich will keep it to 320 cals and 10 grams of fat. This too can be avoided, but if you must, the second option is always healthier than the first one.

The next thing that stacks up in junk food is sodium, an enemy of balanced blood pressure levels. We need just over a teaspoon of sodium chloride (table salt) a day, which is about 2400 milligrams. Junk foods usually take care of that and much more.

As awareness spreads, the trend of fast food and junk snacking is, surprisingly, not reversing itself. The reason may be convenience or sheer apathy. Instead, a more dangerous trend is taking shape. These junk foods are now coming in “healthy’ varieties. One can now choose between the devil and the deep sea, so we have low fat or no fat junk food, an anomaly in itself.

Since we need proteins, fast foods are now advertised as having more protein content, since iron is said to be vital, we now have fortified junk food. More and more fast food menus are being designed with the health conscious in mind, and most of these are just that, designs. Potato chips are now available in low salt, no salt versions; the takeover of the taste buds is almost complete.

Grilled and baked dishes are being sold in abundance, with the impression that they are healthier. Well, maybe compared to old-fashioned fast food, they are, but they are still not comparable to healthy, nutritious and balanced diets.

Research has identified some real problem areas. Potato chips tops the list with 155 calories, and should be replaced by popcorn. Ice creams’ 375 calories can be replaced with iced milk with about 120 calories, chocolate syrup is better than a candy bar and a slice of apple crisp with a cereal topping is less harmful than a slice of apple pie, with almost half the calories.

The fact that America is soon falling prey to the lure of this swirl of destruction, becomes clear when we see the moolah involved. Americans are said to spend more than 23 billion dollars annually on candy and chewing gum and almost 5 billion dollars on potato chips. Almost a third of Americans prefer fast food over a wholesome, balanced meal. Perhaps the addiction has got our sense of judgment too. So much so that these fast food joints have become a symbol of American culture worldwide. American soldiers across the world are identified with coke, and other food brands do brisk business in almost all countries across the world, cashing in on this desire to-be-like-America. Little do these countries realize what they are losing to gain this tag.

Eating like an American, because it is not very common knowledge in developing countries that an average American is actually much more sick than an average person from developing countries…and we are not just talking disease here. Almost in every country across the world (and America was one of them once,) snacks with high nutritional values were prevalent before Burger King and McDonalds came along, and now, these indigenous fast foods are relegated to the second citizen’s culture. Pizza Hut, today, has almost 10,000 outlets across 86 countries, MacDonald’s has 26,000 outlets in 120 countries. The only fast food outlet which could have traces of healthy foods is Subways sandwiches, and they are also growing in their franchisees.

Dazzling promotions, astounding endorsements and glamorous patronages do the trick. There are big bucks involved, and an average man’s constitution has already been taken over. Promotions are directed towards the youth and the teens, the new, eager adult, who will do anything to be cool. There are promotional offers with toys and cool gizmos, attractions do the trick if taste does not. In this segment, brand loyalty is not very high, so each brand has to keep reinventing itself for each specific target group.

The question now is not how to stop the consumption or marketing of junk food, because it is almost an impossible task. What we can now do is select the least of the devils, to eat junk food (in limits of course), and cause least harm to our system.

To begin with, try not to have too many condiments. Mayonnaise is an absolute no-no. American cheese should also be avoided; tartar sauce isn’t very good either. Try to order plain burgers, which are lighter on these additives, full fat cheese and mayo.

Given a choice, (or just ASK), take a broiled or grilled version of meats instead of deep fat fried ones. Also try to have no or little helpings of mustard, pickles and ketchup. You cut back on unnecessary salts then.

Avoid processed meats like bacon, pepperoni and sausages which are high in fat content. As far as possible, remove skin from fried chicken and fill out your meal with corn on the cob, mashed potato, and salad.

Try to order a salad without dressing on the side, or simply fill up on fibrous veggies. Always order a full grain version of bread, it is available almost everywhere, and is much higher on fiber.

With these tips and a little thought to what we eat, the bad effects of the junk diet could be lessened. However, these effects will not go away till these diets are stopped altogether. Maybe one step at a time?