Incredible Benefits of Wine – A Drink to Health

Drink to your health. Or is it just an adage? No. Wine does have some pretty interesting and proven effects on your health, mainly good ones.

Home / General / Incredible Benefits of Wine – A Drink to Health 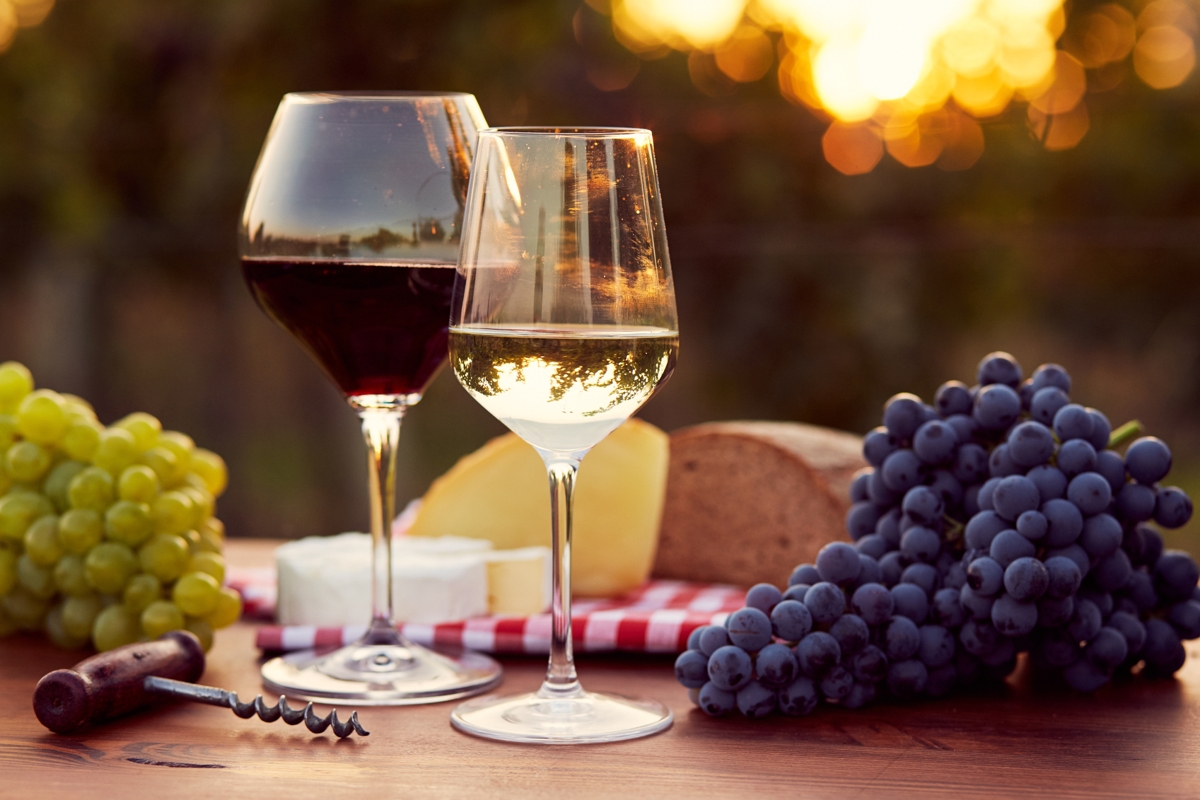 Drink to your health. Or is it just an adage? No. Wine does have some pretty interesting and proven effects on your health, mainly good ones.

Everyone knows that drinking in excess is depravity, and can lead to a whole number of health disorders. But there seems to be a limit to this assumption, our forefathers knew something more, probably, so they never classified wine as a harmful drink. A glass of wine is a just an accompaniment to great cuisine and there are chefs specializing in the best combinations. It is one of the best drinks to accompany a relaxing dinner, causing no hangover, just a pleasant feeling of relaxation. Wine drinkers get the chemical kick their body needs to unwind before a good meal, thus inducing relaxation, and that automatically brings good health with it. Yet one has never heard whisky as being a great booster to health.

This drink is mostly appreciated for its flavor, its body and to a gourmet, its fragrance. There are almost infinite numbers of wines available, and so are the combinations with foods. But in what way can this drink fit for gods helping us to be healthy? Way back in the twelfth century, Hildegard Bingen, a prominent “healer” used a remedy called “heart wine” to cure coronary diseases. This wine consisted of fresh Parsley stems, vinegar and honey and was used to treat angina pectoris and heart failure. In modern times, the answer is the French Paradox. For years scientists wondered why the cream and butter addicted French did not die of heart attack in large numbers. Now we know. It’s the wine that goes with their food. Especially the red one, it alters the blood lipid levels, lowers the total cholesterol count, keeping the blood vessels free of constrictions, the arteries clear of blockages. Thus coronary diseases are successfully thwarted. In addition, this ability to induce free flow of blood to the brain ensures that there is a lower risk of sudden hemorrhages in the brain, those that usually lead to strokes.

However, it has to be kept in mind that moderation is the key to derive maximum benefit from the best of things. Of course, the definition of moderation differs between cultures. In the US, it means one glass for women and up to three glasses for men per day while Europeans favor about two to three glasses per day for women and three to four glasses for men. But here, more is better, does not hold, and it’s a good idea to stick to these limits. Wine consumption can be held as healthy only in moderation, and this is also supported by medical researches and experiments. If a curve is plotted between quantity of consumption and mortality incidences, it’s a large, deep U shape, showing that the mortality incidence goes down with increasing red wine intake, but after a certain quantity, goes up again, and there is again danger lurking.

Another problem kept at bay by wine consumption is ulcers, a study in 1999 showed that people who regularly consume wine have a lower count of bacteria that causes ulcer infections in our system.

There are ample studies that prove the effectiveness of grapes in fighting cancer generating toxins, even act as anti-oxidants, and by the same logic, wines have the power to fight, even prevent cancer. So the power of red wine lies in its being anti-oxidant in nature. This great power may not be found in other types of wines so one has to distinguish between red and other wines. Studies have revealed that every glass of red wine contains approximately 200 different types of phenolic compounds (or poly-phenols). A very large percentage of these have been attributed anti-oxidation properties, and that is what sets red wine apart from others.

Another power that red wine carries is that of resveratrol, which seems to play a major role in prevention of cancer, by minimizing DNA mutations that may be responsible for cancer and even by cutting off blood supply to tumors. The chemical helps to neutralize the oxidation of free radicals that are responsible for destroying healthy cells in a person. In some cases it even causes some cancer cells to self-destruct, and this has been proven for breast cancer cells, leukemia cells and skin cancer cells. It also inhibits growth of prostate cancer cells.

There are also studies that show that wine drinkers have the lowest incidence of colon cancer, only 1 percent as against eighteen percent of beer drinkers and twelve percent in non-drinkers.

However, civilized societies still do not place a premium on treating red wine as a healer, simply because the benefits derived from its consumption still outweigh the risks that the consumption provides. In European etiquette serving and drinking wine is still a matter of tradition and habit, not a medically acclaimed action. Besides, in the US alone, alcohol related diseases and accidents account for almost 100,000 deaths every year. On the other hand, if regular wine drinkers would turn away from it, the incidence of heart diseases would go up drastically, inducing almost 80,000 additional deaths due to coronary diseases every year. So the choice is still unclear, it’s the Devil and the deep sea situation.