Microwaves: Turning from Conventional to Unconventional

Do microwaves have the potential to kill? How do these disrupt electronic systems? Here are few of the questions that have been asked quite frequently. A brief description on the basics behind the technology of indirect combat. 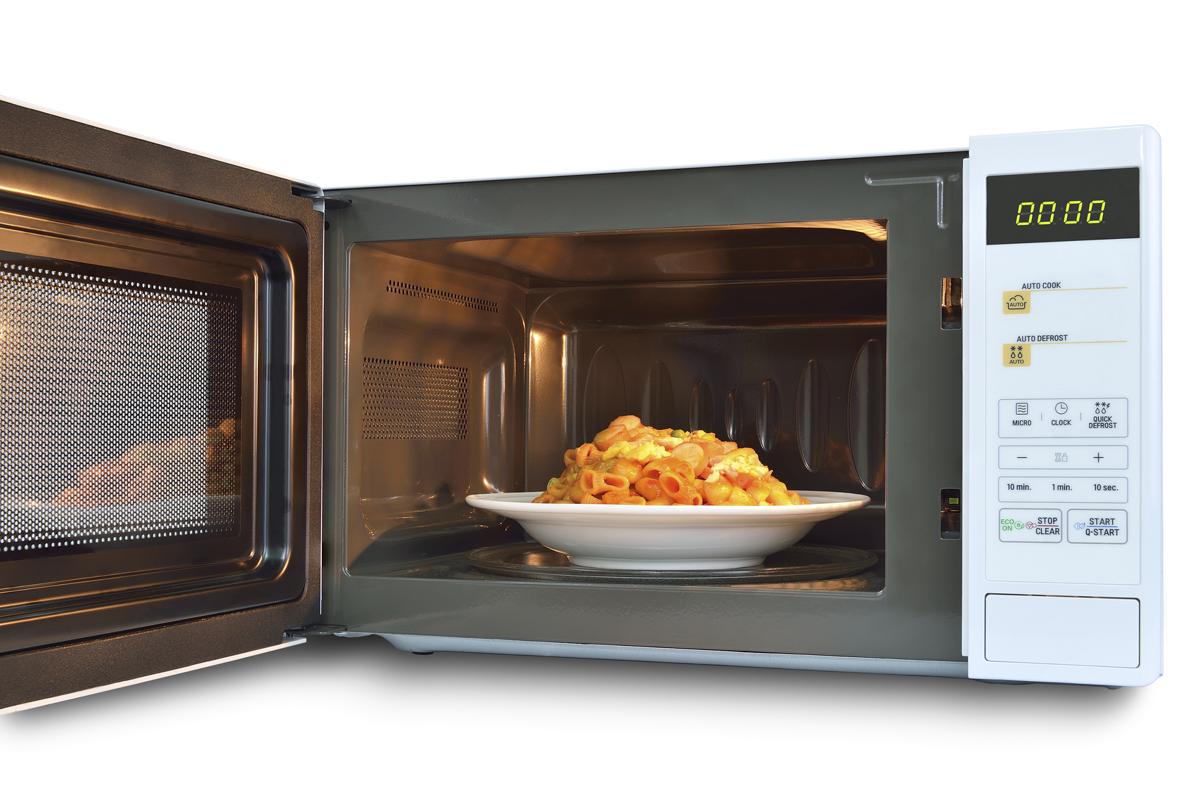 Do microwaves have the potential to kill? How do these disrupt electronic systems? Here are few of the questions that have been asked quite frequently. A brief description on the basics behind the technology of indirect combat.

It’s strange how frequency surrounds us in our day-to-day life. Alarm systems and door openers work at around 40 MHz. Cordless phones and baby monitors at around 40-50 MHz. Radio controlled airplanes at 75 MHz. Wildlife tracking collars at 215 to 220 MHz. The MIR space station uses 145 to 437 MHz. Cellular phones uses the frequency range between 824 to 849 MHz. Air traffic control radars are in the range of 960 to 1215 MHz. Global positioning systems are within 1227 and 1575 MHz, and deep space communications are between 2290 and 2300 MHz.

Our topic of interest is retained in the part of the spectrum called microwave. A basic introduction to microwaves; they are electromagnetic waves lying in the frequency range of 1.6-30 GHz having wavelength from 187-1 mm. electromagnetic waves? A wave that consists of both an electric field and magnetic wave, which travel together in a medium and recreate one another perpetually as the wave moves forward with the speed of light. An electric field is a phenomenon that exerts forces on electric charges, while a magnetic field is a phenomenon that exerts forces on magnetic poles.

Different frequencies of electromagnetic waves have different wavelengths. For example, radio waves have long wavelengths, that range from about 1 meter to hundreds or even thousands of meters, and visible light (VIBGYOR) has short wavelengths, that range from about 400 nanometers to about 750 nanometers. Microwaves are those electromagnetic waves with wavelengths between 1 millimeter and 1 meter. The ones used in microwave cooking have frequency of 2.45 GHz and wavelengths of 12.2 centimeters.

It is very important to understand that microwave transmission are only a tool whose applications are left to the user to the best possible way he/she can think of. As more and more people learn about microwaves, obviously, the people who think differently come up with unique ways to use their tools, including criminal uses also. But listing all the uses and misuses of microwaves is virtually impossible.

A few conventional uses of microwaves include:

However, I would like to concentrate on the misuses and non-conventional uses of microwaves, which are gaining importance in the area of military and personal warfare. For example, how does a microwave oven cook food? First of all the microwave oven uses a magnetron operating in the frequency of 2.45 GHz. This has a wavelength of 12.2 cm. Now this frequency is enough to penetrate a potato placed in your oven. But, while doing so, it twists the water molecules within your food back and forth, thereby causing thermal energy to be generated between them, which is in turn transferred to your potato by conduction process, making your potato hot from inside out.

But what happens when these electromagnetic waves are focused on a living being? As happens with a light wave, which can be collimated with a simple magnifying lens, a microwave source can be focused or set to reflect in a particular direction only [with means of antennas, or precisely a horn antenna]. A living being consists mostly of water. Our bodies are majority water. Very simply put, a microwave oven, taken apart and coupled to a focusing antenna on top of the magnetron can be a potential lethal weapon. An attack like this is totally undetected and does not require the attacker to come directly in contact with the victim. An attack of this type is coined under the laws of electronic harassment. When a weapon is focused on to a victim, the microwaves penetrate about 1/64 inch of his skin and start heating up the skin intensely, causing blisters and burning of the top layer of the skin.

Other symptoms may include but are not limited to: Headache, eye irritation, dizziness, nausea, skin rash, facial swelling, weakness, fatigue, pain in joints and/or muscles, buzzing/ringing in ears, skin numbness, abdominal pressure and pain, breathing difficulty, irregular heartbeat, sexual stimulation, and hearing voices. Additional symptoms have been reported in some individuals such as paralysis, balance problems, body and/or muscle spasms, convulsions, confusion, depression, difficulty in concentrating, seizure, sleep disturbances, and memory difficulties. These are weapons of crimes that almost nobody knows, except the victims and the offenders. Until now, they make the perfect crime possible. No doubt, these weapons have a terrible future.

Expert Pevler stresses, “The development of high-power microwave (HPM) weaponry, and its proliferation into subversive organizations, offers the means to commit the ‘perfect crime’. HPM attacks typically leave no residual evidence and their effects can range from nuisance to catastrophic” (1997).

These were just the effect of microwaves on human beings. But there is more. As any electromagnetic wave travels and meets a conductor of electricity, it causes oscillations of the electrons present within the conductor. As moving electrons constitute current, an electromagnetic wave traveling over a conductor, whose dimensions are comparable to its wavelength, initiate a flow of charge through the conductor [antennas work on this principle]. But what if the microwaves were of high power.

An EMP (electromagnetic pulse) can be strong enough to produce short-lived transient voltage of thousands of volts on the conductor within the few nanosecond duration of the pulse!! The conductor in this case are the sensitive electronics in a radar system, or the electronics of a surveillance system, or the connecting wires on a computers motherboard, or the circuits in your car, your mobile phone or in short any electronic system that cannot withstand high voltages. The damage inflicted is like that of exposure to close proximity of lightning and may cause complete replacement of the equipment or at least substantial portion of it.

Computers used in data processing systems, communications systems, displays, industrial control applications, including road and rail signaling as well as those embedded in military equipment, such as signal processors, electronic flight controls and digital engine control systems, are all potentially vulnerable to the EMP effect. High-density digital electronics using CMOS and NMOS are most vulnerable, since their transistor sizes are smallest and require the least energy to destroy.

So, is there a way to counter these new age weapons? The answer to this is not as simple as wearing a bulletproof jacket. Electromagnetic waves are reflected off plain conducting surfaces; like within the walls of the microwave oven. New military equipment already carry a special conductive coating within them to lessen the impact of such an electromagnetic bomb. As for personal attacks, it is very difficult to even detect this type of attacks. Walls stop microwaves only partially, and the remaining waves are focused in areas like his bedroom or his office or a prison cell.

However, to prevent any personal attack, it is very important for the victim to understand the symptoms of such an attack. However microwave leak detectors are available in the market for about $7 – $50 appox. which are used by professionals to detect leaks in a microwave oven. These can be used for detecting microwave presence in your vicinity.

To conclude, all I have to say is that these weapons are going to be an integral part of the criminal world and extreme forms of electronic harassment. All these weapons require is a power supply, and they are good to go.