Does Microwaving Styrofoam Pose a Health Risk? Here’s the Answer

Is microwaving Styrofoam something that people should form a habit out of? How much do you really know about this product that poses as a health risk among regulars? We answer those very questions here. 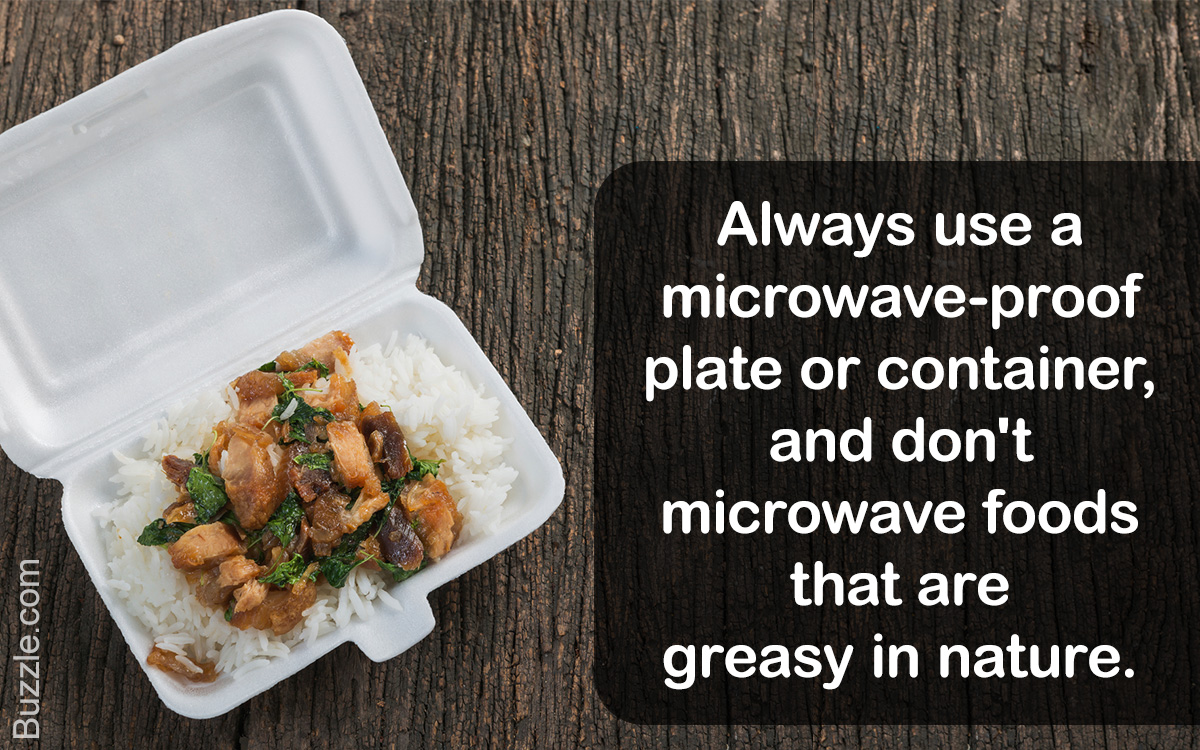 Is microwaving Styrofoam something that people should form a habit out of? How much do you really know about this product that poses as a health risk among regulars? We answer those very questions here.

Styrofoam is a trademark name and was developed and labeled as a product called polystyrene. It was founded in 1941 by Dow Chemical Co., and was first used in making rafts for the US coast guards being lightweight and insulate in nature. Those Styrofoam cups that people drink from, when it comes to coffee/tea, are made of 95% air, and the rest is made from the synthetic material styrene. It is said that microwaving Styrofoam cups or containers aren’t safe for the public. There’s still an ongoing debate about if microwaving Styrofoam is safe, but why take a chance?

Styrofoam egg trays are a common way of encasing eggs used for shipping and packaging, but investigations ensued following the contamination of these eggs back in the year 1991 during an incident. It was found that volatile styrene monomer penetrated the egg shells, which were stored in polystyrene packaging, and after being in the supermarket for two weeks led them to get chemically saturated. Compared to fresh farm eggs, the ones that were spoiled with chemicals, contained seven times more of styrene and ethyl benzene, from being packaged in Styrofoam.

Even meat products are kept stored in these polystyrene containers, with yet another incident where these got contaminated after it was found that it gave off a bad odor when shipped. When this meat was heated it gave off a gaseous form of benzene, being aggravated by the presence of heat. Therefore since this can penetrate food and pose as a major health risk, it is advisable to always use what is microwave-safe and stay clear from harm’s way. Heating it will only worsen the teeming of chemicals seeping into foods and liquids, since Styrofoam can also melt when subjected to heat.

People indulge in microwave cooking not really thinking about whether if what they’re using to heat up food or cook in, is safe for use. We look through some tips to consider before cooking / heating up food and liquids.

When putting food items that have a thick encasing of say skin, or shell in the case of eggs, pierce through these barriers to allow heat to pass through, since the pent-up pressure could cause it to explode.

If something that is placed in the oven catches fire, let it simmer down and extinguish itself since opening it can prove to be harmful. Keep a fire extinguisher on hand at all times to avoid a dangerous scenario.

Kids that are too young to handle microwaves should stay away from them to avoid injuries or mishaps.

Don’t overcook items or heat them beyond a particular time. You could ruin food or set something on fire.

Don’t heat food items or drinks in plastic containers, since these hold within them very toxic chemicals. Releasing them when put into the microwave will let these merge into food / drink items posing as a very evident health threat.

Always use a microwavable plate, or something that is microwave proof.

Don’t microwave foods that are acidic, sugary or greasy in nature.

Use paper towels that are microwave safe, or they’ll catch on fire easily.

Use microwave-safe plastic wrap to seal the top of dishes when microwaving.

Anything that is metallic in nature will damage ovens when put into it for heating.

Avoid using lead based containers when cooking or heating, since this can seep into foods. Using glass is always a healthier and safe option.

When popping popcorn in the microwave, make sure you keep a close eye on it to avoid it from exploding. Always wait for it to simmer down, before you take it out from the microwave.

When it comes to the dangers of microwaving Styrofoam, it is clear now that these cannot be used for heating purposes.

Make sure whatever you use states that it is microwave-oven safe.

Anything that is plastic in nature, be it water bottles, butter tubs, cream cheese containers and so on, cannot be used for heating in a microwave.

Use white paper towels or wax paper when heating foods, since plastic wrap that is not microwavable in nature can melt and enter foods / drinks.

Avoid using paper bags or plastic-made ones that you’d find from stores.

Don’t keep lidded items in the microwave, and make sure you unscrew it, to let some air pass through.

Microwaving Styrofoam is not advisable, or safe for that matter where it hasn’t been proven or made sure about how this may affect foods and drinks. It is always better to be safe than sorry when it comes to microwaving edibles, since harmful toxins can enter what you eat and build up over time. They say that since Styrofoam is made from nature that it isn’t harmful, but one never knows for sure. Stay safe. 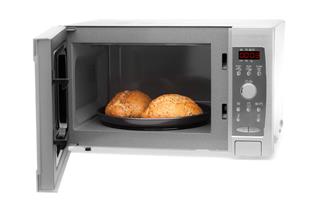 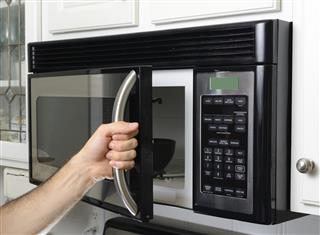