Exciting Oatmeal Cereal Recipes to Have a Zesty Breakfast

Having the same old oatmeal everyday can get quite boring. Here are some oatmeal cereal recipes that will help you bring a variety to your breakfast.

Having the same old oatmeal everyday can get quite boring. Here are some oatmeal cereal recipes that will help you bring a variety to your breakfast. 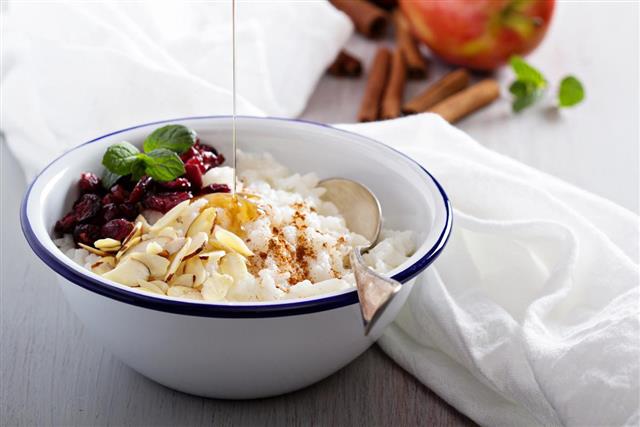 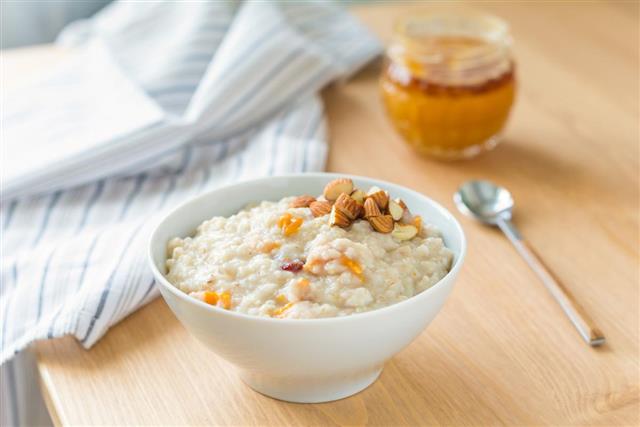 Oatmeal is full of goodness and great for health. The reason why oatmeal is recommended by doctors for just about everybody is because it contains soluble fiber, which reduces your low-density lipoprotein (LDL), the ‘bad’ cholesterol. Based on a number of studies, it has been concluded that soluble fiber seems to reduce the absorption of cholesterol from the intestines. A cup and a half of cooked oatmeal gives you 6 grams of fiber, and if you add fruits such as bananas to it, you end up adding another 4 grams of fiber to your diet. These 10 grams of soluble fiber daily can have a significant effect in decreasing your LDL levels.

With Apricot and Honey

Directions
Combine the water, apricots, honey, and cinnamon in a saucepan, and bring the mixture to a boil. Add in the oats and boil again. Lower the heat to medium, and let the oats cook. It will take about a minute for quick oats to cook and about 5 minutes for old-fashioned oats. When most of the liquid gets absorbed, remove the pan from the heat, and serve. If the consistency is too thick, stir in a little milk. You can use dried peaches, pears, dried cranberries, blueberries, dried apples, dates, or dried fruits (diced) instead of the raisins.

With Maple Syrup and Cranberries

Directions
Bring the milk to a gentle boil in a saucepan, and stir in the oats, cranberries, and maple syrup. Bring the mixture to a boil once again, and then reduce the heat to medium. Stir and let the oats cook. Once most of the milk is absorbed, transfer the oatmeal to a serving bowl, and stir in the wheat germ. Let it stand for a minute. Serve it with the milk, maple syrup, and vanilla yogurt.

Directions
Combine the milk, brown sugar, spices, and salt; bring the mixture to a gentle boil, and then stir in the oats. Once again bring it to a boil, and then reduce the heat. Once most of the milk is absorbed, transfer the oatmeal to a serving bowl and stir in the mashed bananas and pecans.

Directions
Combine the oats, sugar, milk, margarine, egg, baking powder, salt, and vanilla extract together. Spread this mixture in a 9×13” greased pan, and bake for 25-30 minutes at 350 °F, or until the edges turn golden brown. Serve the oatmeal with the warm milk. Top it with fruits and brown sugar.

If you don’t have the time to prepare the oatmeal in the morning, you can cook it in a large quantity, and freeze it. When you wish to use it, place it in the refrigerator the night before, and microwave it in the morning before consuming.