Relation Between Soy and Thyroid Health

Over the years, a huge amount of medical research has linked soy and its benefits to the betterment of human health. However, during the last two decades, the topic of soy being bad for the thyroid has generated quite a controversy. So, is soy really good or bad for thyroid health? NutriNeat helps us find some answers. 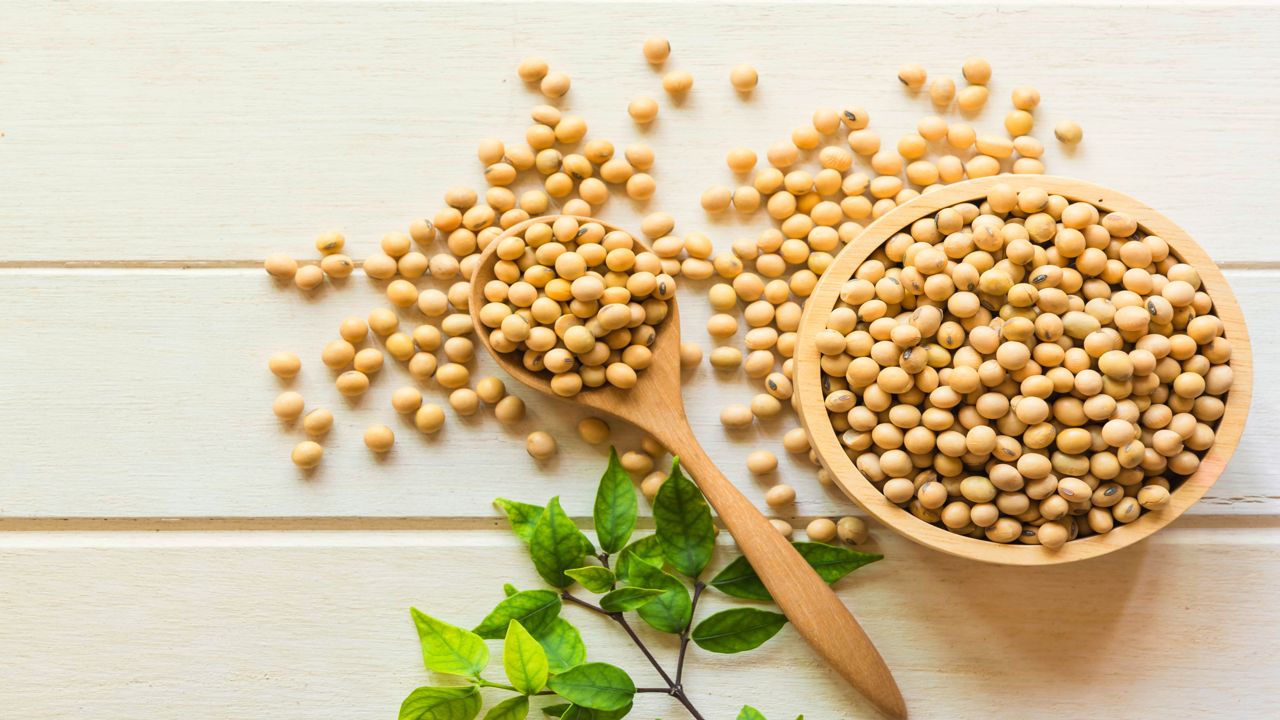 Over the years, a huge amount of medical research has linked soy and its benefits to the betterment of human health. However, during the last two decades, the topic of soy being bad for the thyroid has generated quite a controversy. So, is soy really good or bad for thyroid health? NutriNeat helps us find some answers.

The American Academy of Pediatrics and the National Toxicology Program consider soy formula safe for term infants (a baby born between 37 and 42 weeks).

Does soy have a negative effect on the thyroid? This question has been haunting many soy lovers, especially vegetarians, for quite sometime now. There is significant evidence that states, that eating soy or soy products in moderate amounts can reduce the risk of prostate cancer and lower cholesterol levels. The effects of soy on the thyroid remains a controversial issue because expert opinions on the topic are mixed.

In one corner, we have reports published in various health and nutritional magazines, that proclaim soy as a wonder food for cancer prevention, weight loss, heart problems, menopause, and various other health concerns. Almost every other nutritionist recommends soy and its products as a means to gain protein for vegetarians and vegans. Holistic physician Christiane Northrup is also a staunch supporter of soy. She even recommended talk show queen Oprah Winfrey to include lots of soy in her diet.

On the other side, we have the harsh critics of soy, who denounce its usage, and believe it is a toxin, especially for people suffering from thyroid conditions. Currently, 59 million Americans suffer from thyroid problems, and only 20 million of them are diagnosed. Many believe that soy, with its negative health effects, is only making the treatment for thyroid conditions difficult.

Soy and Thyroid – ‘A Mismatch’ or ‘A Match Made in Heaven’?

Much of the controversy regarding soy is directed towards a unique constituent – Isoflavones. Isoflavones are organic chemicals that are also called ‘plant estrogen’, as they can attach themselves to estrogen receptors found in various cells. There are three types of isoflavones present in soy: Genistin (40%), Daidzin (40%), and Glycitein (5 to 10%). Isoflavones possess the potential to act as a substitute for natural hormones, thereby inhibiting their activities, and affecting normal thyroid hormone production.

It is also important to know that soy falls under the category of goitrogens – foods that promote the formation of goiter or enlargement of thyroid. Most goitrogens also possess a definite antithyroid effect, that slows down the natural function of the thyroid, and in severe cases, causes thyroid disease. Soy consumption has also been linked to hypothyroidism – a state in which the thyroid gland is unable to produce the necessary amounts of thyroid hormones. Its symptoms include fatigue, weight gain, constipation, and menstrual irregularities. The relation between soy and thyroid problems was first established in 1933 by Sir Robert McCarrison. He stated that when raw soybeans were added to an iodine-deficient diet of rats, the animals developed goiter. These findings were again replicated in other experiments, which also showed that goiter could be prevented by adding sufficient quantity of iodine to the diet. However, there is no scientific evidence that shows that consumption of soy can lead to goiter in humans.

In a 2006 review article, Dr. Mark Messina states that people with a normally functioning thyroid are not at risk, even if they consume soy in large quantities. However, Dr. Messina hasn’t ruled out the side effects of soy products on people suffering from subclinical hypothyroidism. There is a slight possibility that isoflavones present in soy can worsen the condition, but on the other hand, the soy consumed can help treat inflammation, blood pressure, and insulin sensitivity.

The American Thyroid Association states that certain thyroid conditions, particularly hypothyroidism, is more common in women than men, irrespective of their dietary habits. Dr. Hossein Gharib, former President of the American Association of Clinical Endocrinologists, and a Professor of Medicine at the Mayo Clinic in Rochester, doesn’t believe that there is any connection between soy and thyroid problems. Dr. Gharib believes that genetics, and not soy is a potential cause of hypothyroidism.

Looking at the mixed opinions of various health experts, it would actually be unfair to declare soy as the main cause of thyroid problems. However, if you or a relative has been diagnosed with a thyroid condition, the best thing to do is to undergo a thyroid detection test, before reaching any conclusion.

Disclaimer:The information provided in this article is solely for educating the reader. It is not intended to be a substitute for the advice of a medical professional.