Toxic Foods We Love to Eat: Avoid Them, Do Not Tempt Fate

Do not throw caution to the wind, especially when someone tells you something is bad for you. Taking a chance with toxic foods we love to eat could actually be life-threatening. Pay heed then, for prevention is always better than cure.

Home / General / Toxic Foods We Love to Eat: Avoid Them, Do Not Tempt Fate 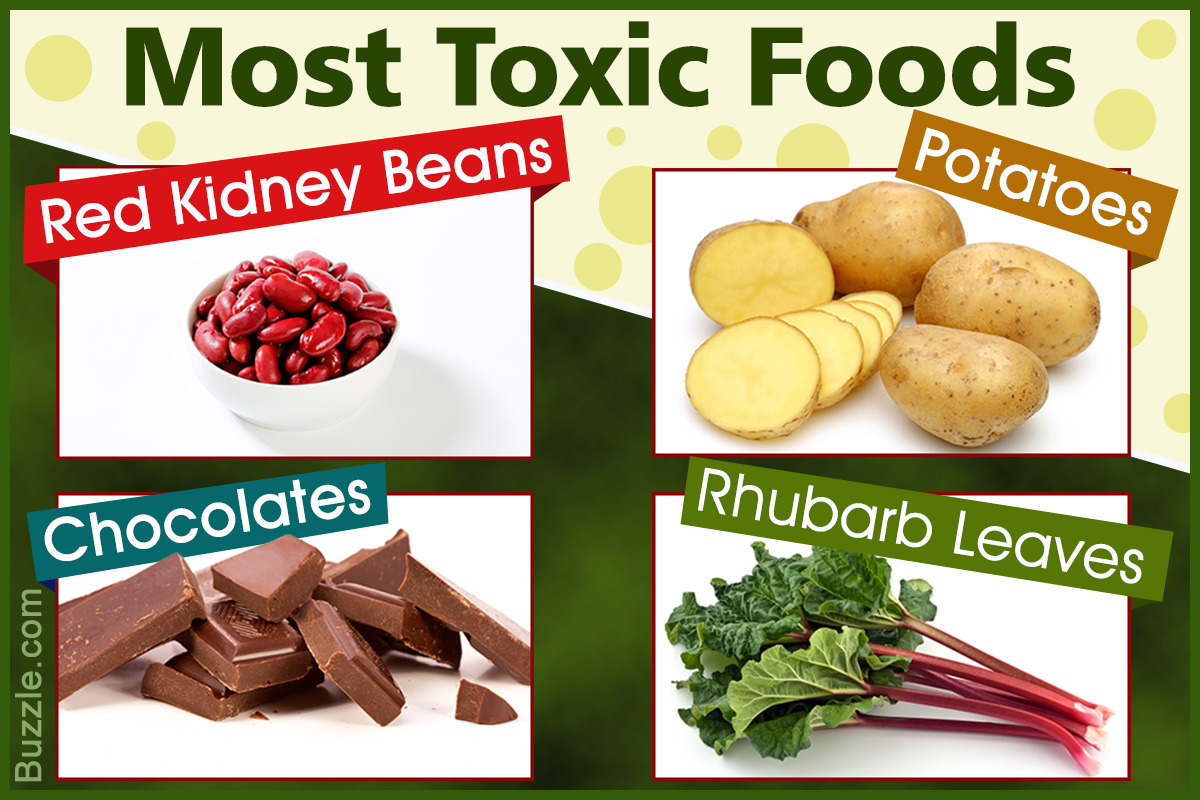 Do not throw caution to the wind, especially when someone tells you something is bad for you. Taking a chance with toxic foods we love to eat could actually be life-threatening. Pay heed then, for prevention is always better than cure.

Watch what you eat! You never know, you may fall flat on the ground like Snow White, poisoned by the very food that is essential for you. Unlike Snow White’s case of being poisoned by someone else, the food that you like to experiment with, could plummet you into serious health issues or in the worst-case scenario, to your own deathbed. We do not wish to startle you, but merely going by the statistics, hundreds of people lose their lives unknowingly; their fault: consuming food that actually spells danger. Just to keep you and your loved ones safe, we have come up with a list of foods that you could stay away from.

Poisonous Foods We Love to Consume

Finding the foodstuff that you simply cannot do without in this list can be baffling, yet having a knowledge of the facts is always welcome; for it is best, when we surge ahead with precaution.

Toxin: Tetrodotoxin (a neurotoxin)
You would have to reconsider your decision of going in for a sushi, if it is ‘fugu sushi’ that you are planning to eat. Although it is considered a delicacy in Japan, the fish itself is listed as the second most poisonous vertebrate. The eyes, skin and internal organs are particularly toxic and can lead to numbness, paralysis and eventual death.

Toxin: Domoic Acid (an exotoxin)
All shellfishes like mussels, oysters, clams, etc., are filter feeders and accumulate high levels of toxins produced by microscopic algae. The cause of concern with this toxin is that it is soluble in water and remains unaffected by steaming or cooking. Consumption of shellfish can lead to facial numbness and could eventually lead to paralysis and even death.

Toxin: Ricin
Castor oil works benefits for deworming children; besides, I do not think anyone is unaware of the benefits of castor oil. What most do not know is that the castor beans are horrendously deadly. Consuming even a single seed can lead to instant death. Besides, it can also be the cause of severe abdominal pain, nausea, vomiting, liver and kidney failure.

Toxin: Cyanogenic Glycosides
The cassava plant contains the toxin, cyanide which is extremely poisonous. Generally, the leaves are pounded along with flour and left in the shade for a few hours for the cyanide to break down; if this mixture is prepared incorrectly, it can be deadly. Consuming cassava can lead to paralysis and eventually, death of the person. Care to have a tapioca chip anyone?

Toxin: Ibotenic Acid, Muscimol, etc. Varied toxins are found in different varieties of mushrooms.
Come on, you know this already, “All things bright and beautiful aren’t very good for health”. The prettier a mushroom looks, the deadlier and unsafe for consumption it is. Consuming wild mushrooms can cause gastrointestinal problems or even result in severe lung damage. As a precautionary measure, I would recommend to go in for the locally available mushroom, and as far as possible, stay away from wild mushrooms.

Toxin: Urushiol (same chemical as poison ivy)
Think of the many things you can do with cashew nuts; marzipan, desserts, etc. Cashew apples are a good source of vitamin C and some countries even distill the juice to make a strong flavored alcohol.

The cashew apples, if eaten raw, can cause allergies and skin rashes. The seed, however, needs to be heat-treated before consumption. Roast cashew seeds outside though, as the smoke released contains droplets of the toxin, which can cause health hazards.

Toxin: Cyanide
Like cashews, almonds too need to be heat-treated before consumption. Crushing, chewing or causing any kind of damage to the seed releases the toxin. Though almonds are said to be relatively good for health, stay away from bitter almonds as they contain higher amounts of cyanide.

Toxin: Oxalic Acid
Leave your worries aside, consuming the stalk won’t harm you; however, the leaves are poisonous. Cooking the leaves with soda is a definite way of increasing its ghastly oxalate proportions. Consuming rhubarb leaves can result in kidney disorders, convulsions and as a worst-case scenario, can also plummet the individual into coma.

Toxin: Capsaicin
Yeah, the toxin is what gives the chillies that fiery irritation. Also, eating chillies gives out a radioactive burn. Consuming large amount of chillies is not good anyway, and I need not elaborate on that! Chillies are known to burn, irritate and can be highly toxic, if consumed in large quantities.

Toxin: Phytohaemagglutinin (a lectin compound)
Red kidney beans have reportedly higher amounts of the compound. Boiling or cooking the beans at high temperature breaks down the compound and destroys the toxicity. However, consuming uncooked beans or partly cooked beans will result in nausea, vomiting or diarrhea. Those suffering from gout are asked not to indulge in having any beans, as it can aggravate their condition.

Toxin: Hypoglycin
Do not be deceived by its looks, it appears like a pear when ripe. Timing is the key word here, if you are planning to eat an ackee fruit. Eating this fruit raw or when it is overripe can be a poisonous affair. Be sure to discard the seeds as they contain the toxin, hypoglycin B.

Toxin: Cyanogenic Glycosides
This is no cherry on the top! The fruit isn’t the problem here, the problem lies with the pip of the cherry. The stones of the cherry are known to produce hydrogen cyanide which can cause dizziness, vomiting, breathing difficulties and even result in kidney failure. As a safety measure, avoid rolling the pip in your mouth for a long time.

Toxin: Amygdalin (a cyanogenic glycoside)
Let’s do a little rephrasing of the good old quote, ‘An apple a day keeps the doctor away, as long as you manage to keep the pips away’. Like cherries, apple pips too are dangerous and they can be the cause behind confusion, anxiety, headache, dizziness and depression.

Toxin: Atropine, Tropane, Tomatine
Consuming the fruit is fine as long as you avoid using the stem and the leaves. The raw fruit has tomatine alkaloid, which is broken down during the cooking process. Avoid using the leaves to prepare tea though, as it can result in death.

Toxin: Glycoalkaloid
I bet you cannot do without those chips and mashed potatoes. No one is telling you to stop, but it’s good to give it a thought. The toxin is present in the roots, stem, leaves, sprouts and fruits. Green potatoes, especially, are high in the toxin and are deadly if eaten too. Consumption of green potatoes or leaves can result in headaches, diarrhea, cramps, and in some very rare cases, coma and death.

Toxin: Theobromine
I do not know about you, but I am devastated seeing my comfort food in this list. Chocolate is addictive, you simply can’t resist the temptation, but hold your horses, for an overdose of chocolate can be toxic. I assume you are well-acquainted with the effect of chocolate on your brain, aren’t you?

With the increase in pollution all around the world, consuming just about anything can be toxic for our bodies; however, we cannot stop eating and nourishing our bodies, right? It’s always good to be safe, and eating things after washing and preparing it in the right way, may not harm as much. Take care though, you never know what might harm you!