Zucchinis are nutritious vegetables that must be made a regular summer meal item. Find out all the zucchini nutritional information, especially zucchini calories and why it should be the best friend of the health conscious. 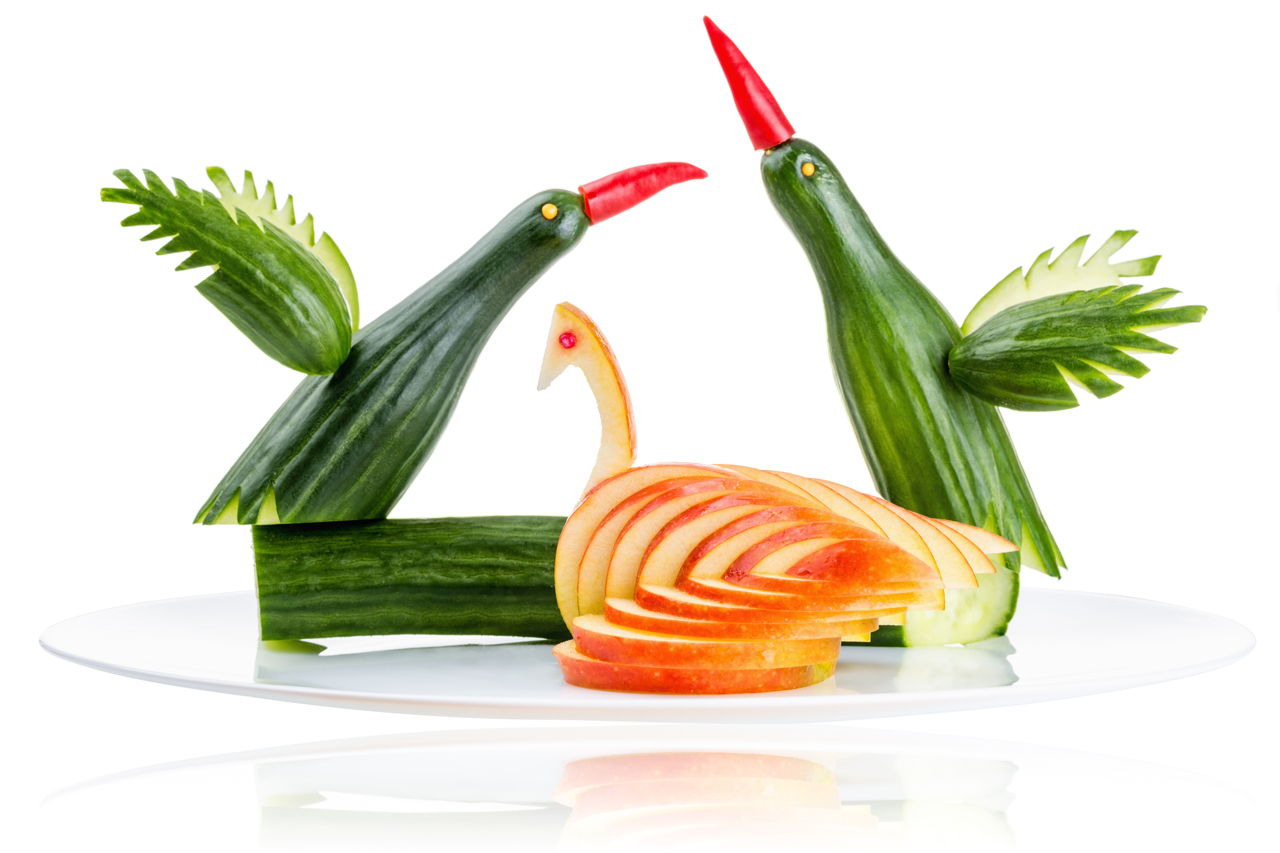 Zucchinis are nutritious vegetables that must be made a regular summer meal item. Find out all the zucchini nutritional information, especially zucchini calories and why it should be the best friend of the health conscious.

“Vegetables are a must on a diet. I suggest carrot cake, zucchini bread, and pumpkin pie.“ ~ Jim Davis.

Believe me people, if there was anything like a ‘pure non-vegetarian’ it was describing me about a year back. I just couldn’t have enough of meat and fish and eggs. I alone could have been blamed for the decline in the number of animals slaughtered to nourish humankind. But then I shifted to this place where the greater number of the people are vegetarians and all the joints and eateries in the vicinity only served vegetarian food. That is when I discovered the delights of Brussels sprouts, broccoli, lettuce and zucchini. Yum is the word for all of them. I mean I know a lot of you are already screwing up your noses, but believe me people, they are healthy and very tasty. It’s all a mindset that vegetables are yuck. Besides all of you who are on the heavier side, as reflected on the weighing scale, should eat more of the aforementioned vegetables and give that packet of French fries a miss! You want to know why? I’ll tell you exactly why. Take zucchini for instance, belonging to the summer category in the list of types of squash. Zucchini’s water content is as high as 95%. So, it not only keeps you totally hydrated during the summers, it rids your body off toxins and boosts your metabolism. Want to know more of such zucchini health benefits? Well, in the following paragraphs I will give you more zucchini nutritional information including zucchini calories.

The following table will tell all weight-conscious folks about zucchini calories and why zucchini should become their plates’ best friend.

Need I say more? Really, zucchini can be devoured even by those on a low-carb diet. Of course the calorie count mounts when you beer batter it, but that is because of the beer and not the green vegetable that the French lovingly call courgette. But I guess you would want to know more about zucchini nutrition and so here goes.

For those who are building up arguments like zucchinis are bitter, just because their anti-zucchini forum is going down, here are some more facts that will take all of you on a guilt-ride for having shunned zucchini for so long. By the way, zucchinis are sometimes bitter due to disrupted habitat conditions, such as depleted soil nourishment, increased temperature and reduced moisture which produces compounds known as cucurbitacins in them. But that is true for even cucumbers. Moving on, here are some more information on zucchinis to bore it into your heads that eating is more than just gratifying the demands of your taste buds.

[* Percentages in the bracket indicate the DV (Daily Value) of the contents and not their quantity in the vegetable.]

See I am not discouraging you from following Jim Davis and eating zucchini bread. Indulge in zucchini bread recipes as much as you want but understand that eating green vegetables on a regular basis is very essential for a healthy body as well as mind. Zucchini is one such health friendly option which is rich in proteins, energy giving sugars (2.15g), 1.4 g of fibers, and negligible amounts of fats (0.04 g) out of which saturated fat content is a minuscule .009 g. Most importantly you have nothing to worry about when it comes to zucchini calories as only 16% from proteins and 75% from carbohydrates. In fact, before I end this article, I will give the lip-smacking recipe of Salmon Provençal with zucchini – a dish super rich in vitamin D, B6 and B12, Omega-3 fatty acids, niacin, selenium and magnesium!

For four servings, you need to have,

Procedure
Apply the salt and the pepper on both the sides of the fillet. Now, pour the oil in a 12″ skillet and place it on medium-high to get heated. Once hot, place the fillet on the skillet and turn the heat-knob to medium. Let one side of the fish cook for at least 3 minutes before turning it over. Simultaneously, reserve about ¼th cup worth of tomato juice from the can and drain out the rest. Cut up the tomatoes. Gradually you will see that the fillet are turning uniformly opaque. This indicates that they are cooked. Place them on a plate and immediately enwrap the plate with aluminum foil to retain the heat in the fish. After that, add the onion to the skillet and stir for 5 minutes. Next, pour the tomato juice and throw in the tomatoes. Keep stirring until a steady boil sets in. Once the sauce has thickened sufficiently, remove it from the heat and add the capers and olives to it. While the sauce is thickening, you need to place the zuchhini slices immersed in water in to the microwave for 5 minutes. Remember to wrap the bowl with a well ventilated plastic wrap. Cook it on High. Once the zuchhini is soft enough, drain the excess water. Now, add lemon juice to the sliced beauties and toss well to mix. To serve, first place the fillet on individual plates, top it with the sauce. Place the zuchhini slices on the side of each filet. 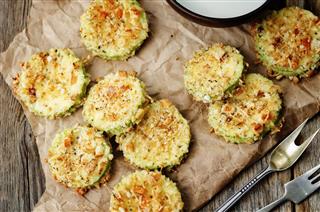 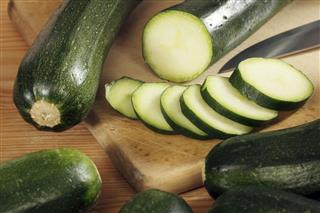