While iodized salt is claimed to be effective in preventing goiter and other conditions related to iodine deficiency, sea salt is being promoted as the natural, pure form of salt. Which one is better? Let us find out. 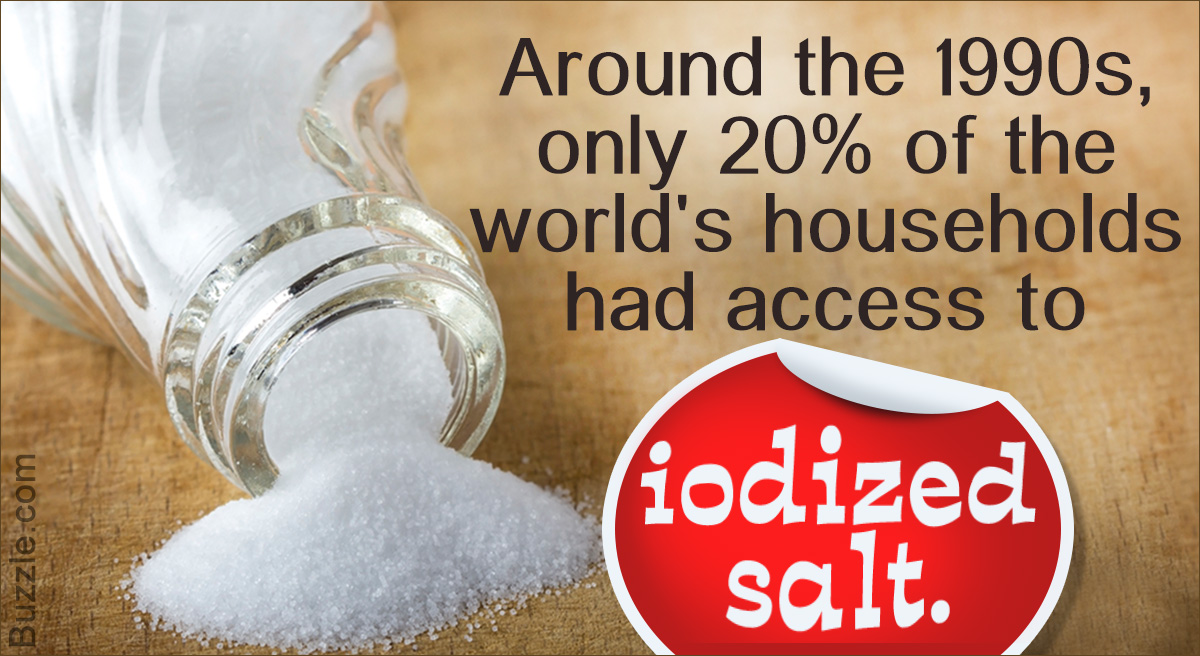 While iodized salt is claimed to be effective in preventing goiter and other conditions related to iodine deficiency, sea salt is being promoted as the natural, pure form of salt. Which one is better? Let us find out.

Apart from being one of the oldest known food additives, salt is also an essential nutrient for the human body. It is very much necessary for the survival of animal life. Salt is present in the tissues and cells of our body and it facilitates contraction of muscles, conduction of nerve impulses, and transportation of nutrients to the cells. Humans have been using salt since time immemorial.

Salt, which is primarily composed of sodium chloride, is available in various forms. It can either be mined from salt mines and rock salt deposits, or produced from sea water through the process of evaporation. Some forms of salt are unrefined, whereas some others are refined and may also contain additives. Nowadays, edible salt is available in different types, like sea salt, kosher salt, table salt, iodized salt, rock salt, Celtic salt, etc. With the growing health concerns about the use of salt, it is normal for a layman to get confused about the ideal choice. This NutriNeat article deals with the basic differences between iodized salt and sea salt.

As mentioned above, some forms of salt are refined and blended with additives. One such type of salt is iodized salt, which is fortified with the essential trace mineral, iodine. It can be defined as a type of salt that contains various iodine-containing salts like, potassium iodide, sodium iodide, or sodium iodate. This salt was introduced to counter the rising incidences of diseases related to iodine deficiency, the most common among them being thyroid gland problems, especially goiter. Iodine is required by the human body in very small quantities and the use of iodized salt is believed to reduce the incidences of iodine deficiency and other related disorders. Studies show that 150 micrograms is the daily iodine requirement of a human being, and one teaspoon of iodized salt provides around 400 micrograms. Most of the table salt brands contain iodine and these products come with labels that show the iodine content.

This salt is produced through evaporation of sea water, and is otherwise known as bay salt or solar salt. It contains trace minerals and because of this, it may have a slightly different taste, when compared to other forms of refined salt. Sea salt can be more expensive than table salt and is mainly used for cooking. It is also used as a natural exfoliant in some cosmetic products. Natural sea salt is one of the basic ingredients in many bath salt mixtures. As far as cooking is concerned, sea salt is said to have a less salty flavor, especially, the coarser versions. While 98% of this salt is sodium chloride, the remaining 2% contains various trace minerals, like iron, magnesium, sulfur, and iodine.

Health Aspects – Which is Better?

Iodine Level:Iodized salt has been introduced as a measure to reduce the incidences of medical conditions associated with iodine deficiency. This step is said to be effective to a great extent. However, use of iodized salt is still a much-debated topic, as it is contended that the humans derive enough iodine from their diet and supplementation is not needed. The level of iodine in sea salt is negligible, and is said to be not enough to cater to the needs of the human body.

Trace Minerals: Presence of trace minerals is claimed to be an advantage of sea salt over other highly processed salt types. These trace minerals are required by the human body in meager amounts, and so, can be easily derived from other food sources. In other words, sea salt is not the only source for these minerals.

Sodium Content: It has been claimed that sea salt is a healthier alternative to iodized salt (or table salt), as it contains less amount of sodium. According to health experts, the level of sodium in both types of salt is almost the same. According to the American Heart Association, sodium intake should not be more than 1,500 milligrams a day, irrespective of the type of salt you use. However, owing to its strong flavor and coarse texture, the quantity of sea salt used can be lesser than iodized salt.

Though salt is very essential for the smooth functioning of the human body, it is also found to be the main culprit behind various medical conditions, like hypertension, cardiovascular diseases, stroke, etc. In short, excess intake of salt, in any form, is not advisable. So the main concern should be the salt intake limits and not the type of salt. You may use iodized or sea salt, or a combination of both.