Is Test Tube Meat Safe? Here’s the Answer to This Query

Test tube burgers are providing enough food for thought to meat lovers as well as environmentalists worldwide. Is it really the food of the future? Let us find out.

Home / Protein / Is Test Tube Meat Safe? Here’s the Answer to This Query 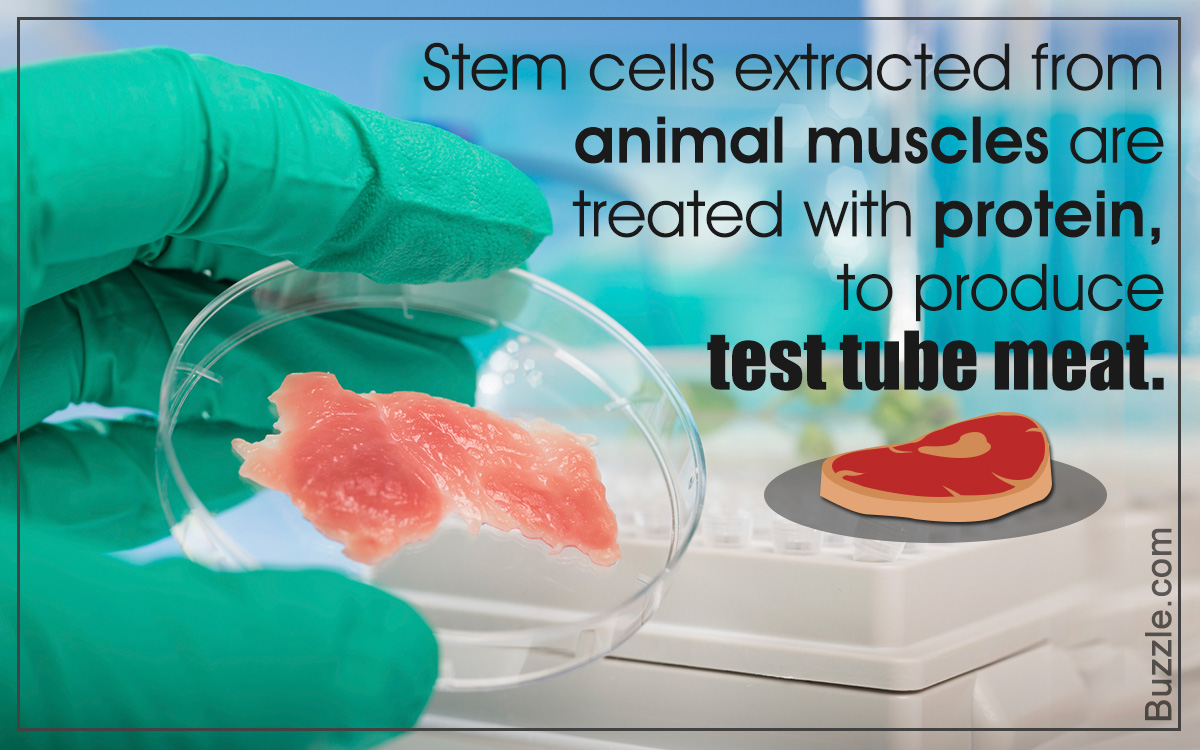 Test tube burgers are providing enough food for thought to meat lovers as well as environmentalists worldwide. Is it really the food of the future? Let us find out.

With the growing demand for meat, scientists the world over are now looking at developing different options, and test tube meat or in vitro meat happens to be one of them. Simply put, it is meat created in a laboratory. As with any laboratory-derived product, people are bound to be apprehensive about it. As the concept is not fully developed yet, several questions can be raised about its viability. However, it would not be justified to toss it aside just because it doesn’t feel right or sound right.

In vitro meat is not to be confused with imitation meat, which is created from vegetable protein, and is given a “meat-like” taste. Unlike imitation meat, test tube meat is derived from animal stem cells. The meat-eating community, however, is divided over the safety aspect of consuming this type of cultured meat. This brings us to the question – is test tube meat safe enough to eat? We need to understand the creation process to find the answer to this question.

Consumable meat is nothing but animal muscle. The method being employed currently involves extracting stem cells from animal muscles and treating them with protein, which converts these cells into fleshy parts. These loose or structured muscle cells have fibers with multiple nuclei. These muscle cells are then placed under stimulation which makes them fuse. Then comes the part where the meat is stretched by mimicking the exercise motion, which actually “develops” the muscle. The muscle fibers thus obtained are then minced to make your regular pound of flesh.

This is an absolutely elementary explanation to what is an exceedingly complicated process. By complications, I’m not referring to the ethical side right now, but it is the entire conversion process of the stem cell into a fully grown piece of meat, is what the scientists are grappling with at the moment.

▣ Test tube meat is primarily seen as a healthier option. As a lab-created product, it is possible for scientists to diminish its fat content. Along with that, it may be possible to inject it with omega-3 fatty acids to enable consumers to benefit from it.

▣ As it will be created in a closed environment, test tube meat is expected to be free of harmful chemicals and infected animals. With the reduction in cattle farming, we can expect a dip in the occurrence of mad cow disease, avian and swine flu and salmonella contamination.

▣ Environmentalists do have their concerns, but overall, it does seem that creating in vitro meat won’t inflict large-scale damage to our planet. Its production is expected to curb costs as the resources required are lesser as compared to traditional meat. Lower greenhouse gas emission is another advantage.

▣ Animal welfare organizations are applauding the efforts taken to produce in vitro meat. As the process is conducted with stem cells, it does not involve any type of torture, which is usually the trademark of certain slaughter houses indulging in unethical cattle farming.

▣ In vitro meat is considered genetically modified. This does not spell disaster straightaway, but in the opinion of some experts, changes in its DNA pattern could make it carcinogenic.

▣ The taste and texture of the meat is something that is under the scientists’ scanner. This variety of meat can possibly fall short of any finicky meat eater’s expectation.

▣ From the ethical point of view, when you recreate a natural procedure in a laboratory, one can question the extent that science can go to, and its implication on our future generations.

In vitro or test tube meat cannot be considered a distant dream anymore, with scientists expecting to put a test tube burger on our plates by the end of 2012. It would certainly be interesting to note how people receive it. With scientists heralding it as a welcome solution to our planet’s food crisis, we cannot afford to completely ignore the skeptics too. Whether or not test tube meat proves itself to be a boon or a bane, remains to be seen.