Longans are fruits that resemble lychees, but are smaller with a light brown rind. Go through this article for a brief overview about the nutritional value of these fruits. 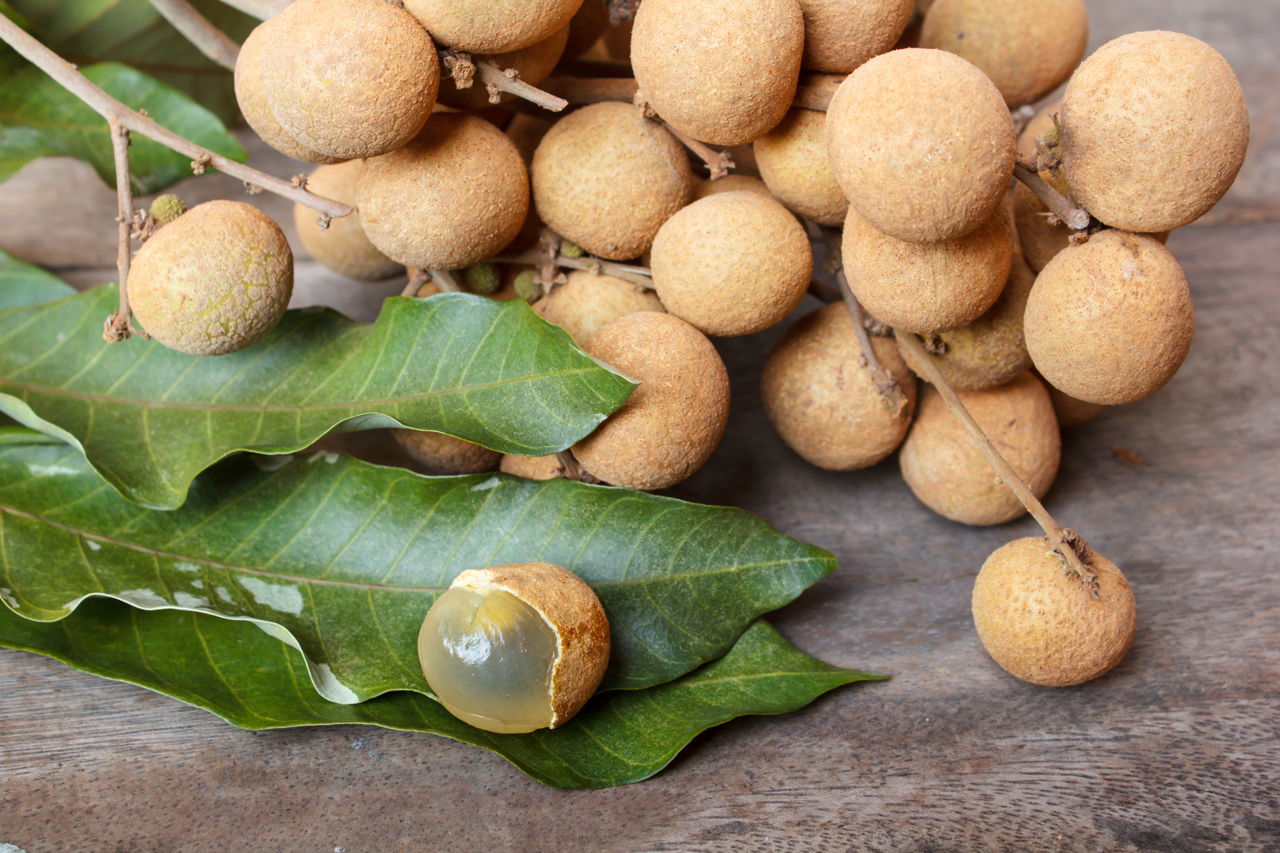 Longans are fruits that resemble lychees, but are smaller with a light brown rind. Go through this article for a brief overview about the nutritional value of these fruits.

Longans are closely related to lychees and rambutans. Natives to South-East Asia, longans are widely cultivated in China, and some of its neighboring countries. As compared to lychees, longans are less juicy, and are also smaller. The rind is light brown, and the whitish flesh is translucent. These fruits are consumed raw, or in cooked or dried form. Even canned ones are available in the market. In its native regions, longans are used in desserts, soups, and snacks. Above all, it is also used in the traditional Chinese medicine.

As mentioned above, these fruits are related to lychees, and are usually referred to as lychee’s little brother. Both of these fruits belong to the same family Sapindaceae, but the genera are different. While lychees belong to the genus Litchi, longans belong to the genus Dinocarpus. Longans are also known as Euphoria longana. Locally, longans are known as dragon eye fruits, as the single black seed inside the transparent flesh resembles an eye ball. A ripe longan fruit is almost round in shape, a little larger than an olive. The leathery skin of this fruit is thin and brittle. There are many different types of longans. Some varieties, like the brown-seeded and black-seeded versions, are much sweeter than others.

In short, longans contain several nutrients that are beneficial for human health. These fruits offer various health benefits too. They are also used in the traditional medicine of China, owing to their health benefits. In China and its neighboring countries, longans have been used as a remedy for stomach problems, like infections and pain. It is also said to be beneficial for wound healing, and in boosting the immune system.

This fruit is also touted to be useful for fighting fatigue, anxiety, insomnia, and depression. It is said that longans can improve the rate of iron absorption in the body and so, they are used as a remedy for anemia. Being rich in potassium, longans are believed to be effective in maintaining a normal blood pressure level, and to reduce the risk of cardiac problems. It is also claimed to be useful in promoting oral and skin health.

So, longans can be included in your diet, so as to reap its health benefits. However, avoid over consumption.